Think what you will about the Underworld franchise, I’ve enjoyed it from the beginning. Sure, the most recent movie, titled Underworld: Awakening, was a far departure from what the series was through two movies (the third is a prequel), but there’s still something about vampire vs lycan action that I can’t get enough of. Actually, I know exactly what that “something” is, Kate Beckinsale.

Beckinsale is someone who, even with her undeniable talent and incredible beauty, has never really reached her full potential. Don’t get me wrong, she’s shown plenty of times why she is such a high caliber actress, but has never fully been given the chance to show that, as she always seems to take projects like Underworld or small budget films that have no shot at the box-office or a wide release. She’s always personally been one of my favorite actresses, with this franchise being a main reason or that.

Now as for this latest installment, I’m still not sure. Most of me tells me there’s no absolute reason to give this a chance because of how the last one did and it just seems like they (sadly) don’t give a rats ass about this franchise anymore. But the other part of me is telling me to give it a chance because of Kate Beckinsale. Did she come back for a reason or is it just something for her to do? Here’s hoping for the former…

Anyway, the movie was released today and below you can see the latest marketing pieces to try and get butts in the seat, which include a pair of clips and batch of new images. How are you feeling about Blood Wars? Is there any kind of light at the end of the tunnel or did it closed long ago? Underworld: Blood Wars was directed by Anna Foerster and stars Kate Beckinsale, Theo James, Tobias Menzies, Lara Pulver, and Charles Dance. 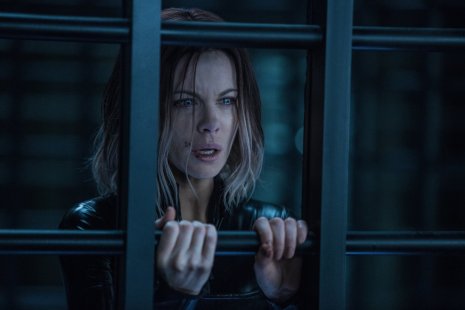