‘X-Men Apocalypse’: How a Single Image Restored My Excitement

There was never a chance that the marketing for X-Men: Apocalypse would alter my decision to be in the theater on opening night. Bryan Singer returns to direct his fourth X-Men movie, and has knocked it out of the park with each previous film. Then there’s the subtitle […]

The marketing for X-Men: Apocalypse has struggled to stay ahead of its fellow comic book blockbusters. Through two full trailers and batches of images and posters, the film currently remains an afterthought. I find myself thinking more and more about Captain America: Civil War and Suicide Squad, than […]

‘Wolverine’ May Finally Get an R Rating

The argument that “an R-rating limits a blockbuster’s audience” got thrown out the window the moment I saw parents taking their kids to see Deadpool. One would think in a world where kids have such easy access to a thing called the internet, that it wouldn’t be surprising to find […]

Ryan Reynolds and Hugh Jackman are just teasing us right now. Anyone who has seen Deadpool is wanting these two actors to appear in an X-Men film together. The fanboy in me is hoping these two have been secretly talking about ideas, and possibilities given this interview they’ve done. […]

Welcome Back to Showdown Sunday #21. Every week we pit two movie related forces (characters, movies, directors, etc) against each other and you guys vote who wins (via. Fan Poll). Deadpool has been overcoming expectations both critically and financially, and is now thee favorite X-Men character for many fans. […]

Probably the best part about X-Men: Days of Future Past was the Quicksilver character (played by Evan Peters). Fans everywhere (including myself) were left wanting more after his short, but memorable appearance. Thankfully, Quicksilver will have an extended role in X-Men: Apocalypse beyond just an action sequence. You […] 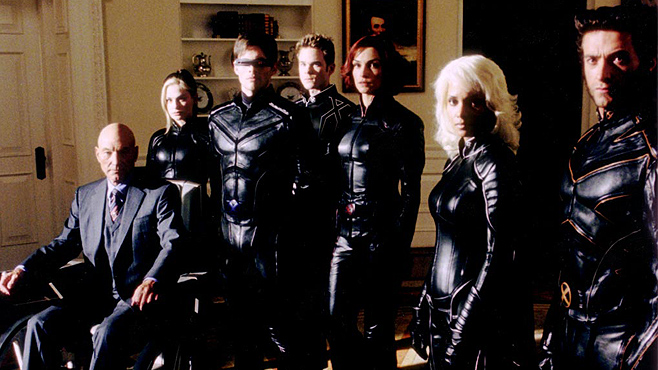 View this post on Instagram #RUMOR I'm being told that X-MEN: APOCALYPSE & WOLVERINE 3 will mark the end of the Bryan Singer X-MEN universe he started back in 2000. Makes sense since Hugh Jackman also said Wolverine 3 will be his last film playing Logan. The end […]