“Before we go solving the crime of the century, let’s deal with the rotting corpse.”

Following the release of its first look image, Warner Bros. has released the first trailer for the upcoming Shane Black noir thriller/comedy The Nice Guys, and luckily for us it’s in red band format. Starring Russel Crowe as some hard muscle and Ryan Gosling as “the world’s worst detective”, the […]

The first pair of images of Shane Black’s upcoming The Nice Guys have been released by Warner Bros. The film stars Ryan Gosling as a private detective and Russell Crowe as the hired muscle. According to Collider, the two have to “team up to solve the case of a missing girl and […]

Jurassic World is getting one last big push before its release this weekend. This past weekend saw a final trailer (and its best yet) dropped, and it definitely showed the highly anticipated sequel in a different light. Now with it (FINALLY) just days away, a number of new […]

Even though it feels like Jurassic World has been on the radar for a while now, it will finally be in theaters this weekend. With an abundance of trailers, featurettes, clips, and spots so far released, it wasn’t expected to get another full trailer, especially so close to […]

Meet the Characters of ‘Jurassic World’ with 18 New Stills

Jurassic World is hot right now. It’s (finally) hitting theaters next week and from early word of mouth, it’s well worth the wait. While most of the marketing has rightfully focused on the big names of Chris Pratt and Bryce Dallas Howard so far, the movie has a really good […]

The Park Is Open & in Chaos in These New Images, Featurettes & TV Spots for ‘Jurassic World’

I’ve been on board Jurassic World from the very beginning. From the moment I saw that first trailer, through all the new footage, posters, images, and so forth – I’ve been so damn excited. With it now just weeks away (YES), the marketing push is high right now. And […]

This summer we will be making the return to the park, to where it all started two decades ago, Isla Nublar. Just like a number of other classic franchise this year, Jurassic Park is opening back up, this time under the name Jurassic World. When the first trailer for Colin Trevorrow’s Jurassic […] 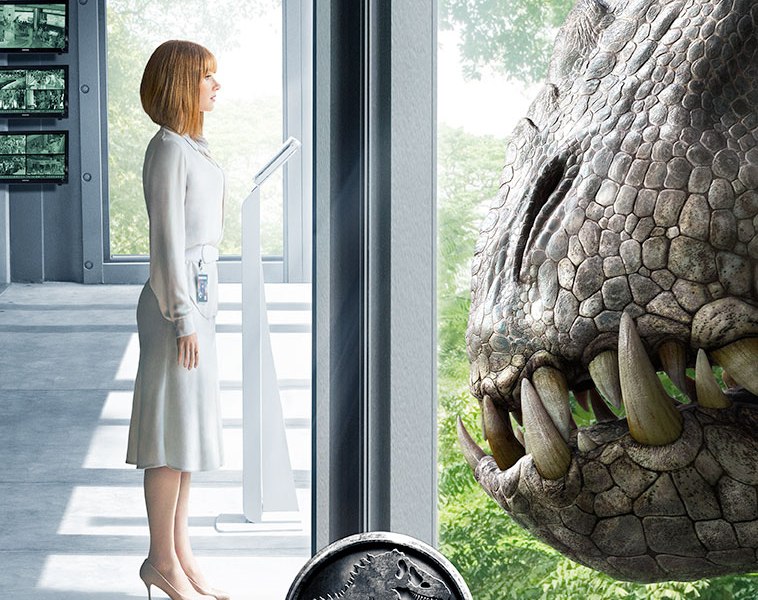 Just like many other classic movie franchises this year, the return to the magical yet horrifying Jurassic Park franchise is coming and coming fast. Jurassic World looks to be more than just a return, but a reinvention and restart. Over 22 years ago saw that unbelievable world from Steven Spielberg come […]