Straight Outta Compton had a number of remarkable performances, especially from its three main leads. Now two of them are set to reunite for Legendary’s Kong: Skull Island. Jason Mitchell, the actor who blew audiences away with his portrayal as rapper Eazy-E has landed a role in the film. He’ll […]

In preparation for this weekends SDCC, Universal has released a new image (via Entertainment Weekly) of Mia Wasikowska in Guillermo del Toro’s latest film, as well as a set of new character posters (via multiple sites) with a pretty gothic feel, with both setting the tone for the haunted house […]

Guillermo del Toro plus the horror genre, sign me up. After stepping into the action and sci-fi element for a while, del Toro is going back to his roots with the dark horror and I couldn’t be more excited. The first trailer for Crimson Peak promised a pretty dark […]

Before seeing an image, poster, or any kind of footage, I had Guillermo del Toro’s horror movie in my ten most anticipated movies of 2015. Crimson Peak was actually scheduled for fall of last year, but got moved back to this fall because del Toro said it wouldn’t be ready. […]

Loki’s Role In Avengers: Age of Ultron Is Revealed (Spoilers!)

Joss Whedon talks Loki’s role (which was ultimately cut from Avengers: Age of Ultron) w/ Empire Online: We even had a little reference to the fact that he’s taken the throne, which was Tom doing his Anthony Hopkins impression when Thor says, ‘Oh, what would father say?’ Then […]

Before the Release of ‘Avengers: Age of Ultron’, Take a Look Back at the Marvel Cinematic Universe & What It’s Accomplished

When Marvel was creating the so-called ‘Cinematic Universe’ nearly a decade ago, people all over the world were scratching their head in confusion. How was a company who hasn’t done anything or proven themselves going to build a comic book like world for the movie screen? fast forward […] 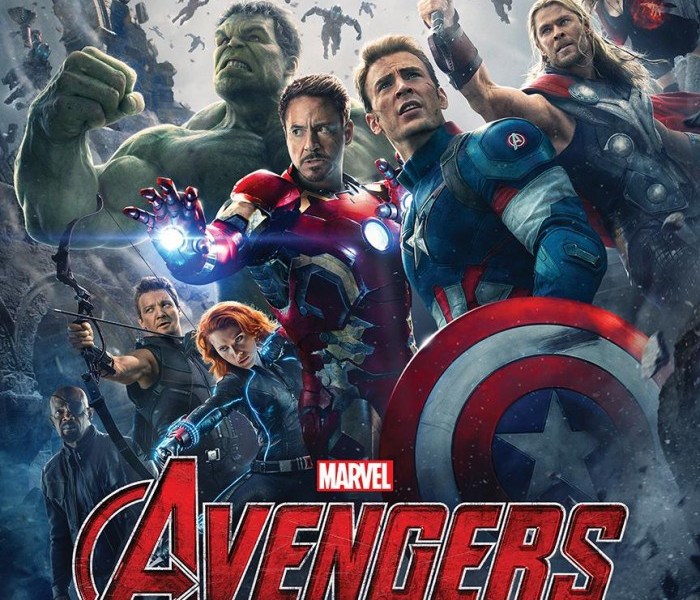 The Avengers Have Assembled on the Official ‘Avengers: Age of Ultron’ Poster!

Marvel has done it right for the latest Avengers movie. The first time, Marvel marketed the crap out of The Avengers, trying to sell people everywhere on the idea of superheroes teaming up for one giant movie. And it worked, obviously, as it made a butt load of money. The one thing […]

Guillermo del Toro is definitely one of the most riveting and visionary directors out there. With The Devil’s Backbone, Pan’s Labyrinth, the Hellboy movies, and Pacific Rim on his list, you can see why and how he’s been so successful. He’s able to bring a certain type of style and flare to the screen, […]

First Look: Tom Hiddleston in 'High-Rise', Miles Tellar in 'Bleed for This', the Cast of 'Spotlight' & Keanu Reeves in 'Daughter of God'

After the jump you can see first look images for High-Rise starring Tom Hiddleston – Bleed for This, which is based on the true story of boxer Vinny Pazienza, starring Miles Tellar – the incredible cast, led by Michael Keaton, of Spotlight – and Daughter of God starring Keanu Reeves.

Although Deadline reports that Michael Keaton is only in negotiations for a role in Legendary Pictures Kong: Skull Island, I’m going to jump the gun and say what a helluva addition to an already talented cast. Ever since seeing Keaton in Birdman (Best movie of 2014) I been really looking forward to […]