The Bad Times at the El Royale filmmaker currently isn’t attached to direct. 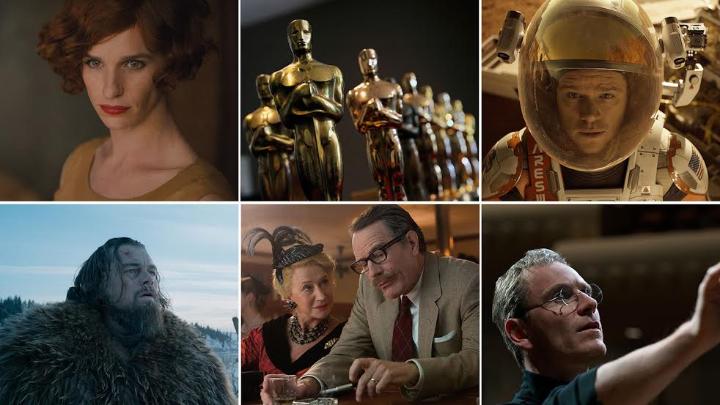 Ridley Scott’s The Martian is considered this year’s best sci-fi adventure (Star Wars is fantasy people!). It captured exactly what we’ve been longing for from Scott for a pretty damn long time, something we’ve surely been missing. As you can tell, I thoroughly enjoyed the film, even more […]

The 2016 nominations for the Critic Choice Awards have been revealed. While the list is certainly a lengthy one, its also a reminder of how great of a year its been for movies. Check out the list below (via. Collider) and my thoughts on each category’s nominations.

Poll: What Was Your Favorite October Release?

Following an okay to decent transition month of September, we are now getting into the bulk of the true film season, the Oscar season. Sure, we love our nerdy comic book movies and even our ridiculous blockbusters, but for true film fans, this is the time of year that is […]

Quote: “It’s space. It doesn’t cooperate. I guarantee you that at some point, everything’s going to go south on you. You’re going to say, ‘This is it. This is how I end.’ Now you can either accept that, or you can get to work.” Synopsis: During a manned mission […]

After some really solid weeks in a month that is usually considered just a transition period, we move to October, which has always been the beginning of Oscar season. And more than ever, October is jam-packed with some incredible names. Two films that have been headlining the month […]

‘The Martian’ Review: Best Work in Years for Both Matt Damon & Ridley Scott

During a manned mission to Mars, Astronaut Mark Watney is presumed dead after a fierce storm and left behind by his crew. But Watney has survived and finds himself stranded and alone on the hostile planet. With only meager supplies, he must draw upon his ingenuity, wit and […]

After the jump you can watch brand new clips for Ridley Scott’s sci-fi/adventure The Martian, the Spielberg/Coen Brothers/Hanks collaboration Bridge of Spies, Regression starring Ethan Hawke and Emma Watson, the Tom Hardy double-led Legend, and the big screen adaptation of Goosebumps. The Martian Synopsis: During a manned mission to Mars, Astronaut Mark Watney […]