There’s no doubt, Mission: Impossible – Rogue Nation is one of the biggest movies to hit this summer. When it jumped from its normal December release (because of Star Wars) to July, it only upped the ante and put some major pressure on other summer movies because of how legit […]

So far we’ve seen two pretty kick-ass trailers for Mission: Impossible – Rogue Nation. They’ve highlighted just how different this one will feel compared to the previous four, as well as the awesome and big looking action which has become the franchises signature. I wasn’t really expecting or actually even […]

A film that seems to be happening forever now. Continuing the theme of smaller films getting their first trailer this week, Justin Kurzel’s Macbeth starring Michael Fassbender and Marion Cotillard gets its first trailer and it’s beautifully diabolical; check it out below.

Just like the Fast & Furious franchise, the Mission: Impossible franchise has grown and gotten better with each movie. The last installment into the series, Ghost Protocol, was by far the best in my opinion and it looks like it will only be getting better. Leading into its exciting summer release, […]

Michael Fassbender and Macbeth, how much better can it get? The movie has been in the works and actually finished for some time now, but for some odd reason is having a hard time getting picked up for a U.S. release date. Either way, the movie is still pushing […] 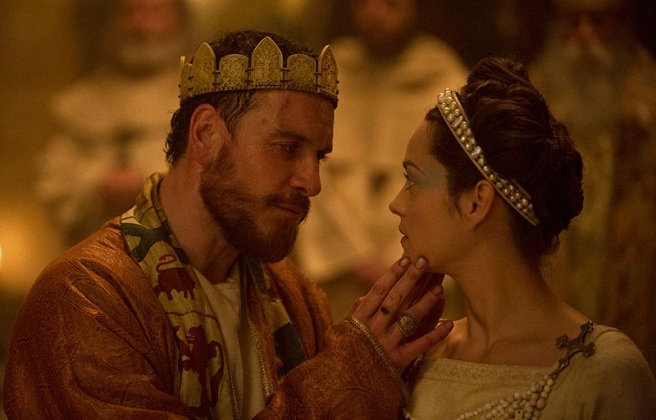 Whenever classic tales are talked about, the story of Macbeth is always mentioned in the conversation. Classic and educational enough to be taught in schools across the world while growing up, Macbeth hasn’t had as many tellings as a Frankenstein, but it’s had its fair share. This year will see a new […]

After the complete success of Brad Bird’s Mission: Impossible – Ghost Protocol, the franchise found a rebirth and it looked very bright. Tom Cruise was put back at the top of total action movie star with that insane stunt he pulled (he actually did) on the side of the world’s […]

‘Mission: Impossible 5’ Gets a Title, a BADASS Teaser Trailer & Poster!

Mission: Impossible has become one of the biggest action franchises today. It stars one one of the biggest movie stars and its last installment was by far the best out of them all. It’s been given new life in a somewhat Fast & Furious way, with the future looking pretty damn bright […]

Despite never really being ‘together’ in reality, Bradley Cooper and Jennifer Lawrence seem to be very comfortable on screen together as their star power rises. Having co-starred in Silver Linings Playbook and American Hustle, both incredible movies, they are now back at it in Serena, a period drama about a married couple who […]