Here is your next Rom/Com to look forward too!

First ‘Ride Along 2’ Trailer & Poster: The Brothers-in-Law Are Back

‘The DUFF’ Review: A Fun Look at the Halls of High School

“You can’t take it so literally. A DUFF doesn’t actually have to be fat or ugly. You know, it’s like Tony Romo is a Dallas Cowboy. It’s not like he actually rides a horse.” Synopsis: Bianca is a content high school senior whose world is shattered when she learns […] 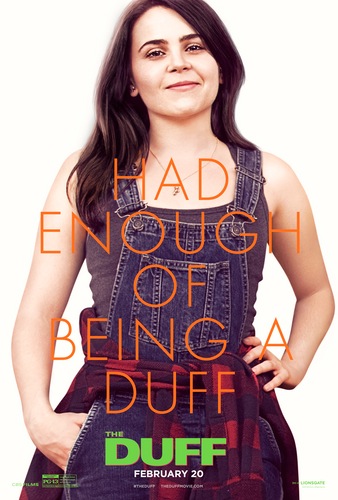 'The DUFF' Gets a New Trailer & Character Posters

The DUFF has been quietly picking up steam over the last few weeks. It’s easily one of the ‘smaller’ movies over the next few weeks, but has marketed very well in theaters across the country. For those of you who don’t know, Duff stands for Designated Ugly Fat Friend. With […]