Jurassic World is less than twenty-four hours away! After a long wait, the world of Dinosaurs is jumping back onto the screen for our viewing pleasure. Jurassic Park is one of the most magical films of all time, but even with that, the franchise since then has kind of been […]

The word “painfully” in the title is due to me being a hard San Francisco 49ers fan. Its been a rough off season for us already, and now I find myself laughing during a promo video for Jurassic World, which features a rival player. In the video is All-Pro corner back Richard Sherman […]

Jurassic World is getting one last big push before its release this weekend. This past weekend saw a final trailer (and its best yet) dropped, and it definitely showed the highly anticipated sequel in a different light. Now with it (FINALLY) just days away, a number of new […]

Even though it feels like Jurassic World has been on the radar for a while now, it will finally be in theaters this weekend. With an abundance of trailers, featurettes, clips, and spots so far released, it wasn’t expected to get another full trailer, especially so close to […]

Meet the Characters of ‘Jurassic World’ with 18 New Stills

Jurassic World is hot right now. It’s (finally) hitting theaters next week and from early word of mouth, it’s well worth the wait. While most of the marketing has rightfully focused on the big names of Chris Pratt and Bryce Dallas Howard so far, the movie has a really good […]

Jurassic World Director Colin Trevorrow is One and Done

Jurassic World releases in theaters in a little under two weeks. The soft reboot/sequel to the first film takes place in real time in a modern fully functional theme park. Director Colin Trevorrow, who is known for his smaller films, was handed a big task in reviving such […] 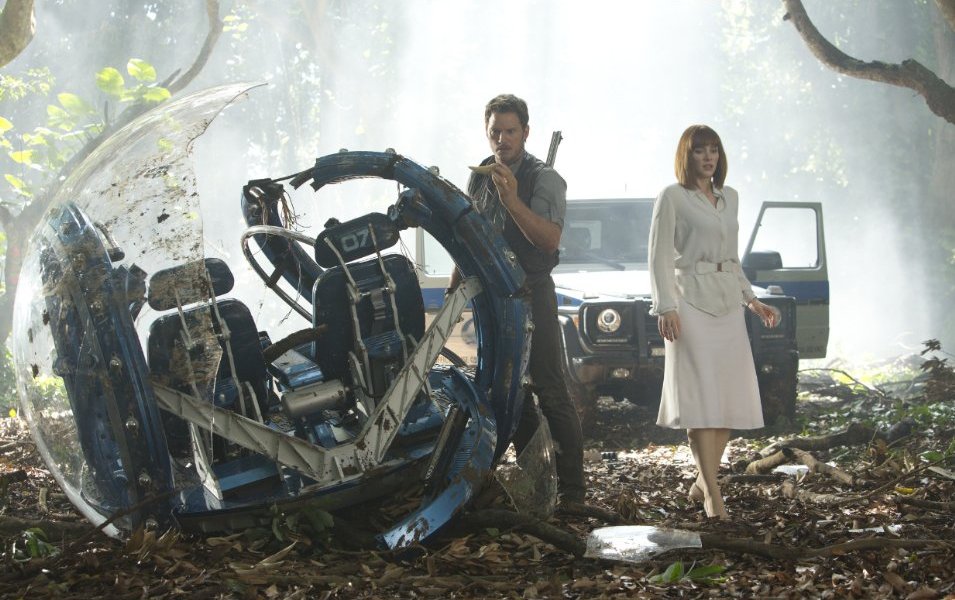 After a pretty damn good month of May to kick-off the summer movie season, June looks to continue that with some great looking titles. With a mixture of genres and a variety of big, mid, and low budget films, June looks just as promising as it should. And […]

The Park Is Open & in Chaos in These New Images, Featurettes & TV Spots for ‘Jurassic World’

I’ve been on board Jurassic World from the very beginning. From the moment I saw that first trailer, through all the new footage, posters, images, and so forth – I’ve been so damn excited. With it now just weeks away (YES), the marketing push is high right now. And […]

Jurassic World may seem like something we’ve seen before, and while the film will take us back into a world with dinosaurs, its whats behind the attraction that’ll be different. This latest entry in the Jurassic films will serve as a soft reboot, as in they want us to […]