‘The Hunger Games: Mockingjay – Part 2’ First Trailer: Turn Your Weapons to the Capitol

Do I need to say anymore? The first trailer for the final entry into The Hunger Games franchise is here! This is our first official look at the final chapter to one of today’s most successful franchises with Mockingjay – Part 2. FINALLY, the moment we’ve all been waiting, Katniss and the […] 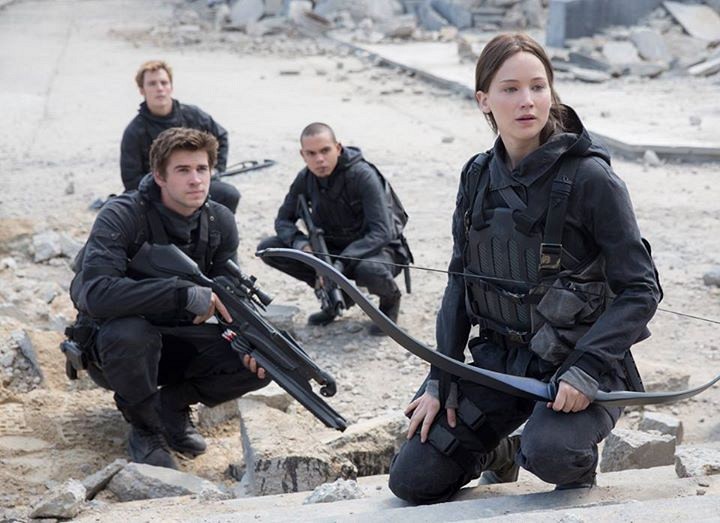 Yesterday saw a new poster released for the final entry into The Hunger Games, and now today we get our first official look at the film thanks to Jennifer Lawrence. Katniss herself took to her Facebook page to reveal the first image, which seems to be just the beginning […]

The New Teaser Poster for ‘The Hunger Games: Mockingjay – Part 2’ Cuts off the Head of the Capitol

The monster known as The Hunger Games franchise has become bigger than anyone expected. Coming from a young adult book franchise, we knew it had the ability to be really good, but never this good. From the stacked cast line-up to the incredibly directorial vision and story-telling, the franchise is […]

‘I have a message for President Snow: You can torture or bomb us, blast our districts to the ground. But do you see that? Fire is catching… And if we burn, you burn with us!’ Katniss Everdeen finds herself in District 13 after she literally shatters the games […]

This Friday will finally see the release of The Hunger Games: Mockingly – Part 1. The film or franchise really needs no introduction, it’s one of the hottest, if not the franchise in the movie world today. I’ve personally been looking forward to it since the minute I walked out […]

Final Trailer for 'The Hunger Games: Mockingjay – Part 1' Is Here & It's Explosively Awesome

There’s no doubt that November 21st has been on every persons watch list for some time now. After what Catching Fire brought to the table, The Hunger Games franchise has become one of the most fun and exciting worlds to jump into. It’s easily the second best book to movie adaptation […]

Since Catching Fire ended with Katniss Everdeen’s dramatic escape from the Hunger Games Arena, we have been awaiting the return of the Mockingjay to see what comes next for the Rebellion. With that ending, a lot of faces got mixed up in the shuffle. These new head shots will at […]

Last week, Lionsgate and those behind The Hunger Games franchise teased the highly anticipated trailer of Mockingjay – Part 1 with the official (and total badass) poster and a 30 second teaser showing Katniss holding a white rose, the symbol of President Snow. After the daily countdown, the trailer has arrived […]

Katniss Is the Girl on Fire!

Over the last few weeks, we have seen a various amount of The Hunger Games: Mockingjay – Part 1 promos come out. From President Snow to the Rebellion Army – but only one of the Mockingjay herself and just of her backside. Now it’s Katniss time to shine! As the girl […]