Here’s Our 5 Movies to Check Out in April!

April’s here and this is what we are looking forward to this month!

Could Amy Schumer recreate the magic of Trainwreck? Find out as Jacob Bartley reviews.

While everyone is continuing the Batman v Superman: Dawn of Justice conversation, I for one have set my sites on Suicide Squad. The film may still be a number of months away, but it’s easily one of the more exciting films of the rest of the year. From director to […]

Universal has officially released the first trailer for their upcoming comedy sequel Neighbors 2: Sorority Rising. The Nicholas Stoller directed hit was exactly that, a hit. Stepping away from the usual Seth Rogen comedy tropes, Neighbors was a steady pace of ridiculous fun from not only Rogen, but Zac Efron, […] 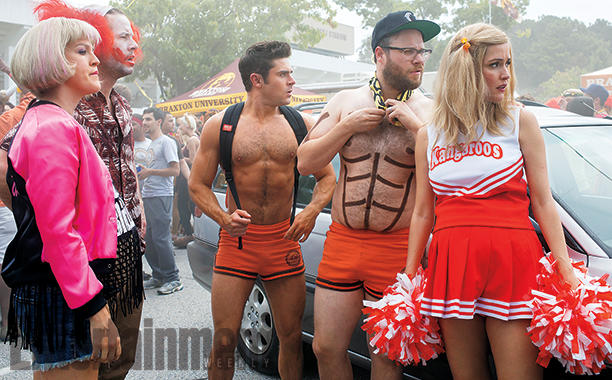 Comedy is by far the most difficult genre to be successful at. Everyone loves action and sci-fi and thrillers, but not everyone laughs at the same kind of comedy. Well it’s hard to argue against, but last year’s Neighbors was one of those comedies that hit home with everyone. […]

Although its trailer is so-so, this movie doesn’t really need any kind of selling, all I have to say is that it stars Tina Fey and Amy Poehler. Whether it’s hosting the Golden Globes, rocking it on Saturday Night Live, or leading two of TV’s best comedies (30 […]