If you’re looking for any kind of reason to go see The Big Short, the following clips should be enough to get you to the theater. There’s no doubt that Star Wars is just owning December, there is no way around that. But after seeing The Force Awakens a couple handful […]

Through our long history, there have been many financial crisis’ we’ve had to face as a country. The Great Depression is obviously the standout; as far as most recent goes, many don’t even know about one of, if not the biggest bank fraud in American history. Adam McKay […]

On this episode of our weekly movie news podcast we discuss the recent rumor that Sony will reboot the Men in Black franchise without Will Smith involved, Hugh Jackman’s recent comments on Wolverine 3 and the character, the new trailer for Adam McKay’s The Big Short and much […] 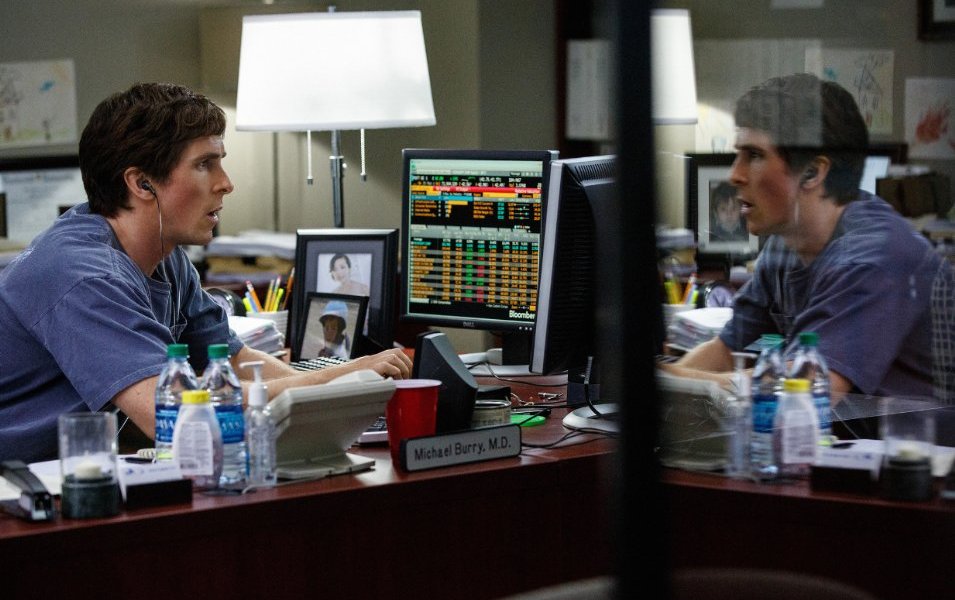 Paramount Pictures has just released the debut trailer for their next big drama, The Big Short. The 2005 economic crisis based film is directed by Adam McKay, who is mostly known for his comedy chops. It also features one of the best ensemble casts you’ll see all year, led by […]

Adam McKay, a director known for comedy films, makes his drama debut in The Big Short. The first trailer has arrived featuring a rock star cast in a true story. This is a film I’m very excited about for several reasons, some of which I just stated. The cast alone […]

Adam McKay has long been known for his work in comedy films. The writer/director is a long time collaborator with Will Ferrell, and has directed some of the comedic actor’s best films. Speaking of comedic actors, I’m amazed at how they’ve proven to excel in dramatic roles. Actors like Adam Sandler, Steve […]

The Big Short has officially jumped on everyone’s movie radar as one to look forward to in the coming years. Variety is reporting that the Adam McKay written and directed project, based off The Big Short: Inside the Doomsday Machine by Michael Lewis (Moneyball) has signed three big actors. […]

Christian Bale is shaping up to be one of the greats of this generation (like you didn’t know that already), and one thing I think is important when considering all-time great actors, is range. A great actor should be able to do a variety of genres from a […]

6.8 out of 10 Director Ridley Scott has not been on his game lately. With the failure of last years The Counselor, which had a stellar cast but ended up being critically despised, and the year before that Prometheus having mixed reviews, people are no longer giving Scott the benefit-of-the-doubt […]

After months of torture in development hell, it seems the Steve Jobs biopic is officially done. Confirmed by The Hollywood Reporter, Sony Pictures has ended all development and is currently shopping the project around to interested studios, particularly Universal. This really upsets me for several reasons. Sony at […]