Watch new trailers for Widows, Suspiria, A Star Is Born, London Fields, The Old Man and the Gun and Mortal Engines.

‘Manchester by the Sea’ Non-Spoilers Review

Jacob lets us know his thoughts on the critically acclaimed indie film.

Below you can take a listen to our new review of John Hellcoat’s latest film, the crime thriller Triple 9 (which includes an outrageously great ensemble). Jacob and myself (Jake) sit down to discuss what we liked and didn’t like from the film, as well as two new additions to our audio reviews: […]

Make sure you take a breathe or two before clicking play below. The first and red band trailer for John Hillcoat’s Triple 9 has been released and holy s**t it’s just awesome. The crime thriller that has an insanely talented cast gives us everything we want, and then some. The […]

Titanic is the biggest and most known ship sinking event in our history. Mainly because of the size of the ship and how many people died that day, as well as how it happened. But back in 1952, one of the worst storms in our history hit off the coast […]

Even though many walked out of out Interstellar either confused or somewhat disappointed with the ending falling out, there’s no doubt it was one of the biggest movies of 2014. What director Christopher Nolan and his team were able to do with that movie, well, it was mind-blowing. From the […] 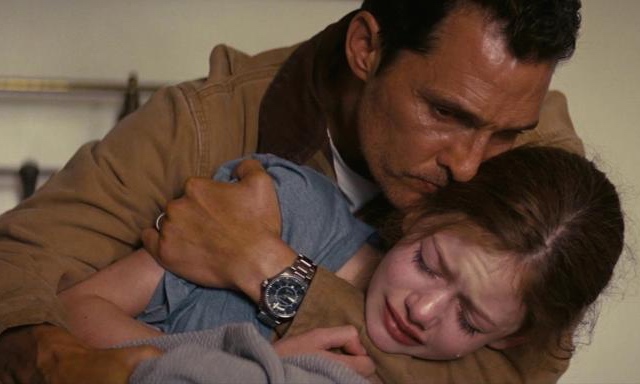 'Interstellar' Review: Ambitious Is an Understatement for Christopher Nolan

‘Mankind was born on Earth. It was never meant to die here.’ With our time on Earth coming to an end, a team of explorers undertakes the most important mission in human history; making use of a newly discovered wormhole and traveling beyond this galaxy to discover whether […]

Check Out the Latest TV Spot & a Featurette for 'Interstellar'

Interstellar is easily the movie everyone is talking about right now. An epic space adventure from the mind of Christopher Nolan while starring Matthew McConaughey and Anne Hathaway among many others – how can it not be? Word is that it might be Nolan’s best film to date and […]

From the first word I heard about Interstellar, it was instantly moved to the top of my 2014 list. Anything that Christopher Nolan does is a buy for me, plus it being a huge space adventure with Matthew McConaughey and that incredible cat around him only makes it better. We’re […]