Other than Christopher Nolan’s Interstellar, David Ayer’s Fury is very, very high on my list for the fall of 2014. It’s actually on my list for Oscar contenders, in multiple categories, so let’s just say I’m pretty damn excited for it. Ayer is known for creating dark and extremely […]

After the success of True Detective Season 1 and the reveal that each season will be a different set of characters and story lines, people have speculated as to who would be cast in these future roles. At least two of those roles have now been confirmed with […] 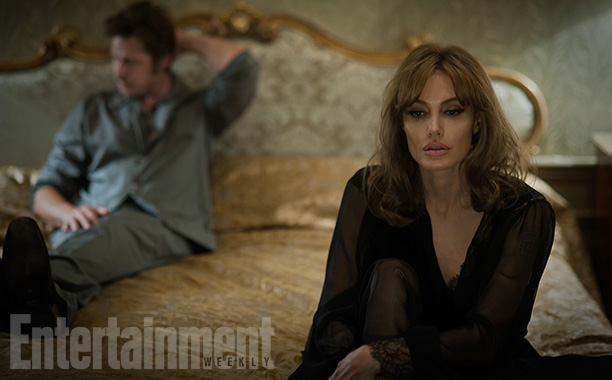 It’s been nine years since Angelina Jolie and Brad Pitt were on screen together in the ’05 Action/Comedy Mr. & Mrs. Smith. It was a film that brought the two stars together for the first time, and the rest is history. The recently married couple are now starring […]

“War never ends quietly” says the brand new poster (see below) for Director David Ayer‘s war film titled “Fury“. That saying could never be more true, especially for a film that revolves around Pitt’s “Wardaddy” character who leads a tank unit behind enemy lines in Germany. “Fury” takes place in […]

I’ve got to admit, I’m a complete and total sucker for war movies. Platoon, Saving Private Ryan, Lone Survivor – war movies seem to get all the excitement, happiness, and sadness out of all of us at once. Brad Pitt has been working on a war movie titled Fury for a […]

Over the years we have seems one damn good war movie – Platoon, Saving Private Ryan, and Lone Survivor to just name a few. Those behind Fury, which so far looks like it will pretty damn entertaining, hopes to be added to that list. Let me just say that I’m a […]

It’s now a time in Hollywood where very few names of actors and actresses (like less than five names) can carry a film alone toward Box Office success. At least according to an algorithm formula created by mathematician Nick Meaney, co-founder of Epagogix. For those who don’t know, […]

Retired United Nations employee Gerry Lane (Brad Pitt) is desperately in a race against time to find answers to the zombie plague that has darkened the world and threatened to destroy all of man kind.