San Diego Comic-Con is right around the corner and there are only a few names that everyone is looking forward to. Marvel’s highly anticipated sequel to the 2012 The Avengers is on that list, most likely at the top of it. A lucky group of London viewers got a […]

More Info On the Different Tone for 'Avengers: Age of Ultron'

Marvel to this point has done everything perfectly. Their universe has been set up to succeed for many, many years. With 9 movies in the book so far, they will have to change up the game at some point. Whether that’s characters, stories, or tones. And although we […] 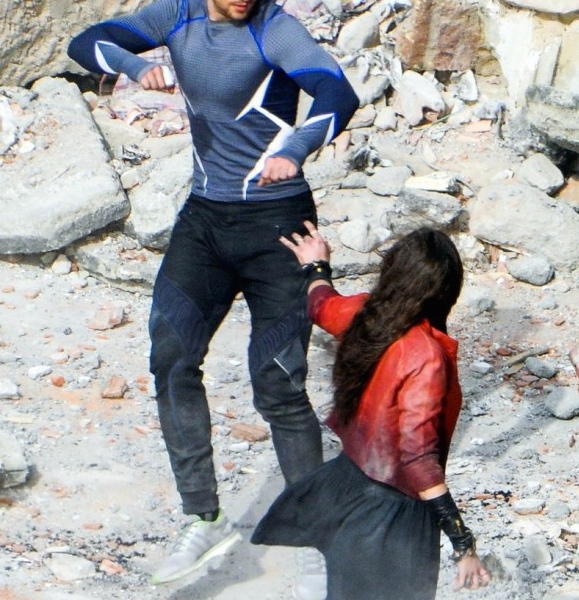 Ever since the very first screening of Marvel’s The Avengers, audiences across the world have been waiting and waiting for Avengers: Age of Ultron to come out. Now the movie is less than a year away and the film is well over half way done with it’s shooting. We know […]

We know that Ultron will be the ultimate and main villain in the Avengers sequel. We also know that Quicksilver and Scarlet Witch will be joining them, meaning maybe there will be a rescue mission featuring that Hydra base with Baron Von Strucker that we saw in the […]

Like I posted just a little while back, fan-made movie posters have become a huge hit throughout the last fifteen or so years. It gives hardcore fans the ability to express their desire for certain titles, actors, and story lines that they want to see. Let’s see what […]

A whole bunch of NEW photos have shown up online of some of the stars of the upcoming and highly anticipating Avengers: Age of Ultron. IT’S EXCITING STUFF PEOPLE!

Set Photos: The Avengers Have Assembled

In 2012, the world was opened to the greatest superhero movie of all time (my and many others opinion) and their world. For the first time, the Avengers assembled on screen and it was sure not to be the last. Marvel has had a plan in motion for many years […]

When it comes to movie rights, that talk can be damn complicated. Then when you add on Marvel comic book characters to that, the conversation just goes haywire. While I was cruising through the internet this morning, looking at movie articles to see if any new information came […]

'Dr. Strange' Has a Director

It’s been known for some time that Marvel and Kevin Feige have been wanting to bring their magical character Dr. Strange to the big screen; heck (SPOILER), the name drop in Captain America: The Winter Solider was pretty much the most surprising and exciting part for all movie buffs in the whole […]

Two years ago while watching Marvel’s The Avengers, in the post credit scene we got an awesome surprise from the big bad purple alien Thanos, one of if not the villain of all Marvel Comics. We haven’t seen him since then and only getting reports, rumors, and talk about […]