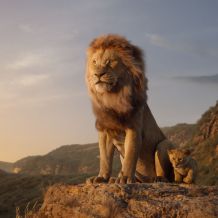 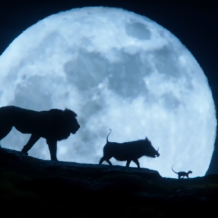 Grab the tissues! Disney has released a brand new trailer for their upcoming live-action remake of the classic animated film The Lion King. Directed by Jon Favreau (The Jungle Book, Iron Man), this story will follow Simba, the son of a King and heir to the throne, who takes his own royal destiny to heart. But after learning that his Uncle, Scar, has his own plans for their homeland, Simba is exiled after betrayal and tragedy, where he must now figure out how to grow up on his own and take back what is rightfully his with a pair of curious newfound friends.

What can I really say? This is incredible, absolutely incredible. The first trailer for the film, which was a huge tease, was a beautiful look into the beginning of this film. It was hyping us up for this exact moment and it did not miss. It’s unbelievably gorgeous in so many ways, and I’m not surprised. Favreau is a genius at this craft, the best in the field. His ability to not just bring this film to life, but these iconic characters is a feat that very, very few can accomplish. I’ve already watched it a handful of times and will more than likely add more to that throughout the day. Wow.

If you haven’t done so already, watch the brand new trailer below! Also, make sure to leave you thoughts in the comments section, as I will definitely want to hear from everyone on this one! Starring an all-star cast that includes Donald Glover, Seth Rogen, Chiwetel Ejiofor, Alfre Woodard, Billy Eichner, John Kani, John Oliver, Florence Kasumba, Eric André, Keegan-Michael Key, Beyoncé Knowles-Carter and James Earl Jones as Mufasa, Favreau’s The Lion King will arrive in theaters on July 19th.

Director Jon Favreau’s all-new “The Lion King” journeys to the African savanna where a future king is born. Simba idolizes his father, King Mufasa, and takes to heart his own royal destiny. But not everyone in the kingdom celebrates the new cub’s arrival. Scar, Mufasa’s brother—and former heir to the throne—has plans of his own. The battle for Pride Rock is ravaged with betrayal, tragedy and drama, ultimately resulting in Simba’s exile. With help from a curious pair of newfound friends, Simba will have to figure out how to grow up and take back what is rightfully his. The all-star cast includes Donald Glover as Simba, Beyoncé Knowles-Carter as Nala, James Earl Jones as Mufasa, Chiwetel Ejiofor as Scar, Seth Rogen as Pumbaa and Billy Eichner as Timon. Utilizing pioneering filmmaking techniques to bring treasured characters to life in a whole new way, Disney’s “The Lion King” roars into theaters on July 19, 2019.