We all know that the DC Extended Universe has had a bit of a rough time getting things on track and consistent with the success of their films. Recently Aquaman surprised many by how good the film was and the amount of success it brought in. If you would have said Aquaman would be the highest grossing DCEU movie to date while including a Justice League movie, I along with others probably would have said you were crazy. So after that success you would hope that it would steer the DCEU onto the right path with its follow up movie Shazam! right? Well let’s discuss what we thought were the highs and lows of Shazam! and if it is worth your time and money. As always this article will have SPOILERS so if you haven’t seen it, turn away now!

One of the definite bright spots in this movie was the cast that Warner Bros. had assembled for Shazam! I was a little bit weary of how much I was going to be able to take Zachary Levi’s humor but it was actually done really well especially by balancing it with Jack Dylan Grazer’s character Freddy. Jack Dylan Grazer at times stole the movie with his humor. He kept you laughing anytime he came on the screen. Asher Angel was great as the orphaned Billy Batson, who went through a tough time through out the movie and him and Zachary Levi really made you feel like they were the same person. Mark Strong is fantastic as always with his portrayal of the evil Dr. Sivana and I am so glad they left him alive at the end so he could possibly return. Overall it’s a great cast with many others that also help make the movie great.

Low: The Trailers Spoil a Lot 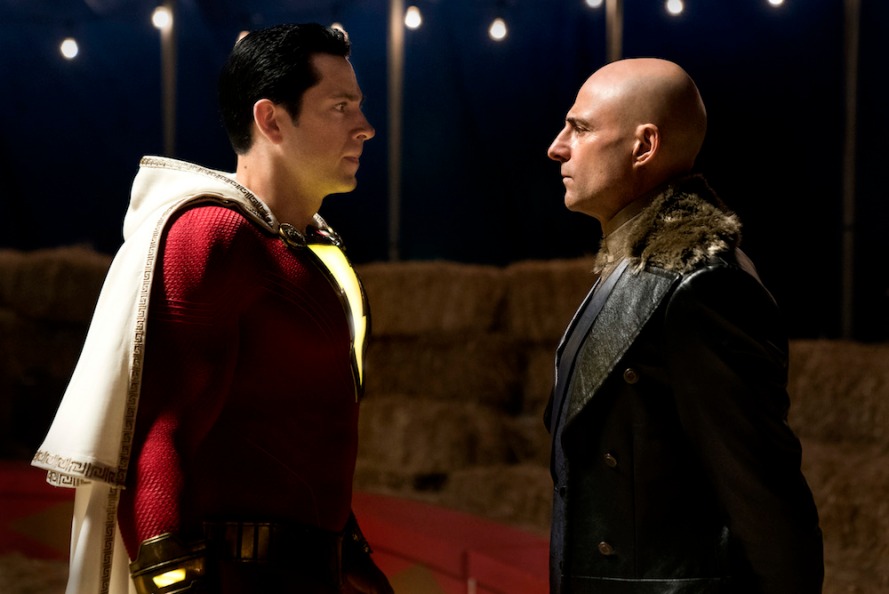 The problem that a lot of lesser known named superhero movies have is getting fans to come and spend the time watching a movie about a hero they don’t know much about. When this happens, studios tend to show a lot of the good parts of the movies in the trailers in order to get you into the seats. This seems to be a little bit of the case with Shazam!. A lot of the movies big parts and or funny parts are shown in the trailers themselves, so when you see it on the screen you are like “oh that was in the trailer.” While there still is a lot not shown in the trailers, you couldn’t help but see it and wish you didn’t previously see the scene in a trailer because it would have made the movie that much better. 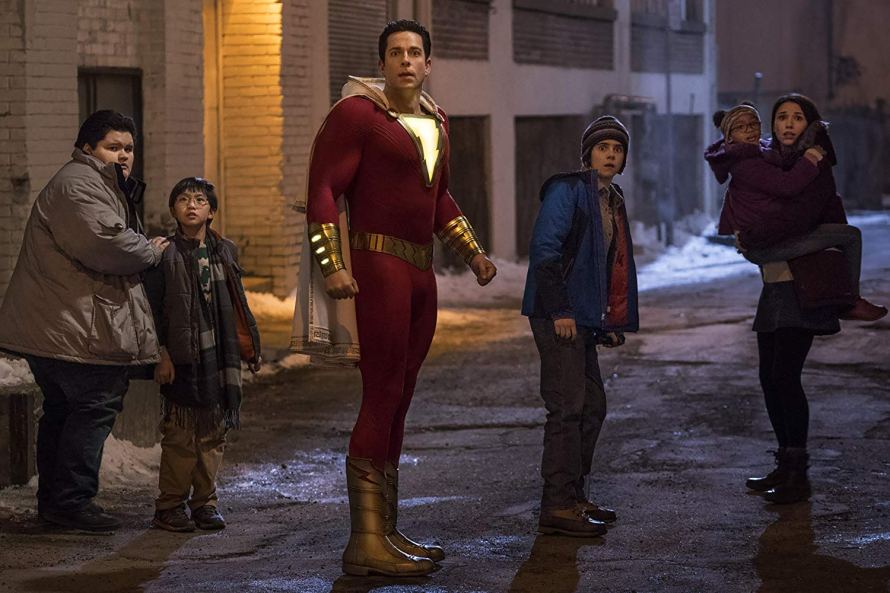 For someone who didn’t really know anything about the character of Shazam!, I went into it with an open mind. I was hoping that the story was going to be one that is easy to follow and explains Shazam! and everything about him. The story was one that was easy to follow and one that was at times pretty dark, especially with the seven deadly sins. Overall though the story had a lot of heart and showed a side that we don’t typically see in comic book movies, a story of family. Billy Batson’s number one goal is to find his mother, at the same time when he is adopted, he learns that blood doesn’t always make you family, but the people who are important to you and care about you, that is your family. It’s a pretty heartfelt story, that is shown well on the screen as well as him learning how to be Shazam and balance his life. 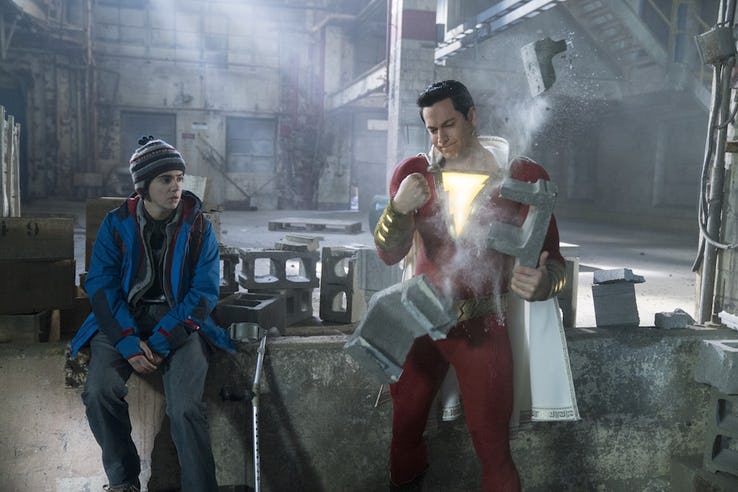 Something new for the DCEU this time around, is having a movie that uses humor instead of the dark undertone that seems to be present in a lot of their previous movies (excluding Aquaman). In Shazam! there is the few dark moments, but for the most part you are getting a pretty funny movie because of the fact that it pretty much revolves around kids. You see them do the typical things that kids do like cut class, say funny insults to each other and a bunch of other things. While the point comes across that these are kids, there are the points in the movie where things borderline forced comedy instead of natural humor. While I am not saying that the whole movie is forced comedy, it heavily flirts with the line where it seems forced and you find your self rolling your eyes at the joke on the screen. Hopefully going forward, they make sure they don’t make the character become a joke and keep him grounded when using humor.

Something that hasn’t really ever been seen in a comic book movie so far, is a movie that is geared towards kids. If you look at Marvel and their movies, there hasn’t really been a movie that shouts “kid friendly”, so for DC to be the first one that really gives us a movie that kids can get behind is kind of surprising with its previous darker themed movies. The argument can be made for Aquaman, but the movie itself doesn’t scream kid friendly. This movie is something teenagers in this day and time can relate to. There are references to teens and the popularity of Youtube, we see Shazam doing the popular dance move “the floss”, while also showing things that kids actually go through on a daily basis like bullying in school. It is a unique comic book movie that isn’t claiming to be the best movie ever, but it is however reaching into a previously untouched territory where it is something that can be marketed to kids who are more than likely going to relate and laugh along with the movie.

While Shazam! isn’t the greatest movie off all time, it is a great time and something that is extremely enjoyable. Zachary Levi makes the character his own and really steers this movie in the right direction balancing the funny and emotional aspects of the character. The supporting cast as well does a fantastic job helping build Zachary Levi’s performance and the argument can be made the Jack Dylan Grazer even steals the scenes more than a couple times. Overall it is a great and entertaining movie that family’s can actually go together, see it and walk out enjoy it. It’ll be exciting how DC chooses to use the character moving forward.