New ‘John Wick: Chapter 3 – Parabellum’ Trailer Is What Action Movie Dreams Are Made of 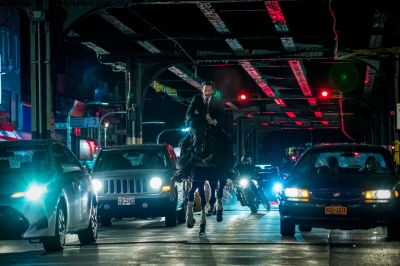 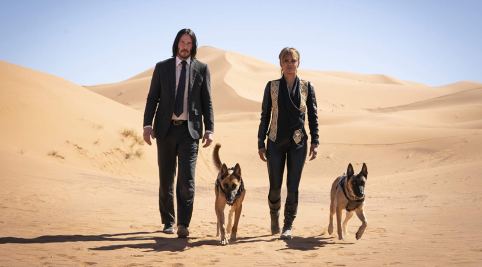 As promised, Lionsgate Films has released a brand new trailer for John Wick: Chapter 3 – Parabellum. Director Chad Stahelski is once again in the director’s chair for this one, aiming to cap off this incredible franchise in one epic fashion. This third movie picks up directly from the sequel, where Keanu Reeves’ Wick was excommunicated and had a contract put on his head only he holds the title to. Now facing the entire criminal underworld and with just an hour head start, John uses any means necessary to fight his way out of the city, killing anyone who tries to stop him.

Oh how glorious this movie looks. I’ve been on the hype train for this franchise from the very beginning, and boy did it impress at all levels when the first movie arrived back in 2014. Fast forward to now and the talk of it being included in the conversation for best action franchise ever created could become reality when this film arrives in theaters. It looks like the most John Wick movie out of the three, which is something everyone should be excited for. With the training wheels off and Stahelski finally reaching the point of the story he’s been waiting to tell, there should be no worry in your mind wondering whether or not you’re going to like this one.

Check out the brand new trailer for the movie below and after doing so, leave all your thoughts in the comments section! Does it look like the best one? Is it one of the best action franchises ever? Could it be? Also starring Halle Berry, Laurence Fishburne, Mark Dacascos, Asia Kate Dillon, Lance Reddick, Saïd Taghmaoui, Jerome Flynn, Jason Mantzoukas, Tobias Segal, Boban Marjanovic, with Anjelica Huston, and Ian McShane, Stahelski’s John Wick: Chapter 3 – Parabellum hits theaters on May 17th.