Marilyn Monroe is one of the most polarizing figures to ever step in Hollywood. From her pure beauty to her screen presence, it’s easy to see why she will live on forever. There are plenty of source materials chronicling the life on Monroe, but one in particular has been in development at Netflix for the last several years: Joyce Carol Oates’ Blonde. Filmmaker Andrew Dominik (The Assassination of Jesse James By the Coward Robert Ford, Killing Them Softly) 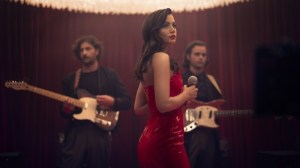 has been hard at work bringing the project to life, taking his time to adapt the acclaimed novel. Thankfully, it seems as if Dominik is ready to move forward as a name has been revealed to be at the top of his list to play the Hollywood icon.

Nothing has been confirmed by Netflix or Dominik himself at the moment, but sources are telling Collider, who is very trusting with such news, that Ana de Armas (Blade Runner 2049, War Dogs) is Dominik’s top choice to play Monroe. As I’ve mentioned, the film has been in the works for a while, and while other names such as Naomi Watts and Jessica Chastain were prepared to take on the role in the past, de Armas is just as fantastic of a choice for this specific role. She isn’t as high profiled as Watts or Chastain, but the Cuban actress has put in some incredibly strong work over the past couple of years. Her breakout performance was in 2017 for Denis Villeneuve in Blade Runner 2049, but has since then locked down role for both Rian Johnson and Danny Boyle in their upcoming projects Knives Out and Yesterday.

Dominik is also responsible for the script, which will follow “the talented Norma Jeane Mortenson as she blossoms into movie star Marilyn Monroe. But after a series of failed relationships and heartbreaking tragedy, she spirals into drug addiction and mental instability.” (via Collider) It’s no secret that Dominik has been working on this project for years, and after finally cracking it, he’s very confident in the type of film he’s going to give us:

“He believes Blonde “will be one of the ten best movies ever made,” explaining that “it’s a film about the human condition. It tells the story of how a childhood trauma shapes an adult who’s split between a public and a private self. It’s basically the story of every human being, but it’s using a certain sense of association that we have with something very familiar, just through media exposure. It takes all of those things and turns the meanings of them inside out, according to how she feels, which is basically how we live. It’s how we all operate in the world. It just seems to me to be very resonant. I think the project has got a lot of really exciting possibilities, in terms of what can be done, cinematically.””

It definitely sounds mighty interesting and extremely different from the typical biopic. I know just the surface story of Monroe, as I was born many years after she passed. With how Dominik explained it to Collider, it’s something I would rush out to the theater to see. I also love the choice of de Armas in the role. Sure, my jaw would hit the floor if it was announced that Jessica Chastain was playing the role, but de Armas’ most recent work ensures that she will take advantage of the opportunity she has in front of her.

What do you think of this news? First of all, how do you feel about a Marilyn Monroe biopic? Is it finally time for her story to be told? How about Ana de Armas? If you’ve seen her before, do you like the choice? Is there someone else you’d rather see in the role? No other announcements or official release date have been revealed at this time. 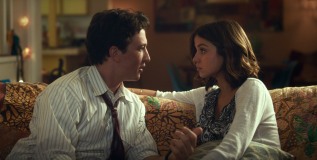