Will Smith Not Returning for ‘Suicide Squad 2’

While many of you probably lost a lot of interest in a sequel to 2016’s Suicide Squad, we were quickly pulled right back in as Warner Bros. made the genius move to snag Guardians of the Galaxy director James Gunn after Marvel made the mistake of firing him. It was then rumored that James Gunn had plans to bring a completely new cast into 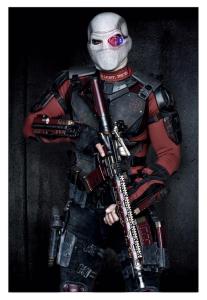 Suicide Squad 2, which left many of us indifferent about whether or not we wanted a completely different cast when we had standouts like Margot Robbie as Harley Quinn and Will Smith as Deadshot. While that rumor was partially true, Warner Bros. clearly had zero intention of letting Harley Quinn and Deadshot go in the sequel. But now things may have taken a turn towards a new cast.

It has now been confirmed that Will Smith will not be reprising his role as Floyd Lawton, a.k.a. Deadshot. While you may automatically think that it’s because the first film was received pretty poorly, you actually are wrong. Surprisingly it is just because of the simple reason of a scheduling conflict. It’s also worth being noted that apparently there are no hard feelings between the studio and Smith over the decision which is always a good thing, especially since Smith’s Deadshot was one of the highlights from the first movie. Filming for the sequel is being aimed for later this year leave question, now that Will Smith will not be reprising his role in Suicide Squad 2, will Margot Robbie return as Harley Quinn? It seems like it would be unlikely especially since she is currently working on her own spin-off movie Birds of Prey (And the Fantabulous Emancipation of One Harley Quinn. The one curious thing though, is that it is reported that the studio is deciding whether or not to recast Deadshot or just leave him out of Suicide Squad 2. One can only hope the just leave him out and not recast.

Smith has a pretty busy schedule lined up for the rest of the year as his next movie release is the live-action version of Disney’s Aladdin. He also has the animated movie Spies in Disguise and Ang Lee’s Gemini Man on the calendar for the rest of this year. Currently he is filming Bad Boys for Life with Martin Lawrence which is scheduled to be released next year. So with all this going on you can see why him taking apart in Suicide Squad 2 was going to be a bit of a stretch.

So what do you think? Are you upset Deadshot will not be in Suicide Squad 2? Or are you happy about it? Let us know what you think in the comments below!