Sebastian Stan Replaces Chris Evans in ‘The Devil of All Time’ 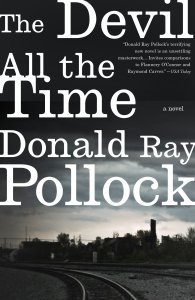 at some point in the MCU. While that may be the case at some point, this article is about a different role Sebastian Stan has taken over for Chris Evans.

A while back Chris Evans signed on to be apart of the Netflix movie called The Devil of
All Time directed by Antonio Campos. Now it seems that due to a scheduling conflict Chris Evans has decided to drop out of the movie leaving his role open. While you think that that would cause a problem for the movie, it seems that his role has quickly been replaced. Sebastian Stan has decided to take on the role left by Chris Evans. The movie has yet to begin filming, but it is said to be filming in February 2019, only leaving a few days left in the month meaning it should begin filming soon.

Those of you unfamiliar with the film, it is actually a 2011 novel that is being adapted into a movie. The novel was written by Donald Ray Pollack and is categorized as a suspense and literary fiction novel. As far as the movie goes it is being described as a Gothic thriller. According to IMDB the synopsis for the movie says:

“Set in rural southern Ohio and West Virginia, ‘The Devil All the Time’ follows a cast of compelling and bizarre characters from the end of World War II to the 1960s. There’s Willard Russell, tormented veteran of the carnage in the South Pacific, who can’t save his beautiful wife, Charlotte, from an agonizing death by cancer no matter how much sacrificial blood he pours on his ‘prayer log.’ There’s Carl and Sandy Henderson, a husband-and-wife team of serial killers, who troll America’s highways searching for suitable models to photograph and exterminate. There’s the spider-handling preacher Roy and his crippled virtuoso-guitar-playing sidekick, Theodore, running from the law. And caught in the middle of all this is Arvin Eugene Russell, Willard and Charlotte’s orphaned son, who grows up to be a good but also violent man in his own right.” 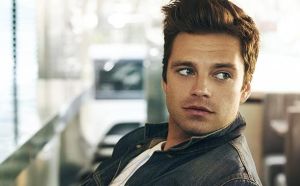 When it comes to the movies cast it seems pretty well stacked. As of right now the cast includes Sebastian Stan, Bill Skarsgard, Tom Holland, Eliza Scanlen, Robert Pattinson and Mia Wasikowska. Also as of February 21st, Haley Bennett, Jason Clarke, and Riley Keough have signed on to join the cast. None of the cast members roles have been revealed, but one role is safe to assume, this being that of Tom Holland playing the role of Arvin Eugene Russell just out of the fact that he is the youngest cast member and fits the bill of the role. For those of your unfamiliar with the cast, Bill Skarsgard played Pennywise in IT, Tom Holland is has been playing Spider-Man, Eliza Scanlen was in the HBO series Sharp Objects, Robert Pattinson was of course Edward in the Twilight movie, and Mia Wasikowska played Alice in the Tim Burton Alice in Wonderland movies. Haley Bennett’s recent credit is in Thank You For Your Service. Jason Clarke most recently was in First Man and Chappaquiddick. And lastly Riley Keough, whose most recent film was Hold The Dark. The script was co-written by director Antonio Campos as well as Paulo Campos. Also attached to the movie is Jake Gyllenhaal but only as a producer.

So what do you think movie lovers? Are you on board with The Devil of All Time? What about Sebastian Stan taking over for Chris Evans? Let us know what you think in the comments below!