Bond 25 Script Will Get an “Overhaul” with New Writer; Moves Release Date Again

The other night I was browsing Netflix and found the greatest James Bond film to date in Casino Royale. It’s a perfect film in many ways, as Daniel Craig and company took the reins and reinvented the iconic character, taking him places we’ve never seen an agent 007 go before. Craig’s run as Bond has

seen its highs and lows through the past decade, with Spectre being his last film just four years ago. I could really use another Bond film right about now, so what’s taking so long?

The next Bond film has been in borderline development hell. Daniel Craig (50) was hesitant on returning due to the physical demands of the role, but ultimately decided to come back for one more. Cary Fukunaga (Maniac, Beasts of No Nation) has been attached as director, but not before Danny Boyle dropped out. Now reports are mentioning Scott Z. Burns has taken over script duties in what’s described as “an overhaul” of the current screenplay. Burns is a pretty good replacement, with credited work on The Bourne Ultimatum, Rogue One: A Star Wars Story and this year’s Sundance Film selection, The Report.

I’m hoping the remaining development of this next Bond film goes smoothly, as does Craig. He’s not getting any younger, and surely wants to leave the franchise on a high note. I also love Fukunaga coming onboard as director, given his excellent work in his previous work, including Beasts of No Nation.

The film just shifted release dates and is now set for April of next year. Alongside Craig, Bond 25 will also bring back Ralph Fiennes, Naomie Harris, Ben Whishaw, Léa Seydoux and Rory Kinnear. Make sure to leave your thoughts in the comments section! Do you want to see another Bond movie with Craig? Does the hiring of Burns as a writer help? Sound off below! 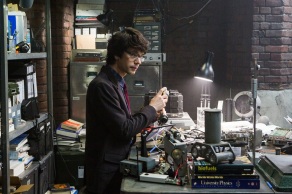