While we anxiously wait to see Oscar-winning actress Brie Larson to join the ranks of the Marvel Cinematic Universe as Carol Danvers a.k.a. Captain Marvel, Larson is putting together some pieces from the behind the camera as well. Larson’s directorial debut Unicorn Store was acquired by Netflix on Toronto’s International Film Festival and will drop on the service April 5th. Her schedule is no doubt busy with the addition of the MCU to her slate, but she’s already 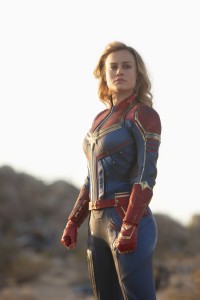 lined up her next project to star in and possibly direct as well.

In the deal for Unicorn Store, the streaming service has also landed the rights to Lady Business, a story based on a Fast Company article from John Pail Titlow, which tells the story of two young female entrepreneurs who make-up a third and male co-founder to be taken seriously in the business world. Larson will Star in the project, with that expanding to more than likely directing as well. The film will be produced by A Star Is Born producer Lynnette Howell Taylor, who also partnered with Larson on Unicorn Store.

Larson is taking advantage what’s in front of her. After her career performance in Room, she not only locked down a longtime, blockbuster gig in Captain Marvel, but she has also kept up work outside of the Marvel banner as well. And while her best on-screen years have yet to come, she’s already growing her talents by stepping behind the camera, which is obviously something she’s been thinking about for a long time. I have heard that Unicorn Store premiered to a mixed bag of results, but I’m still very much looking forward to seeing what she can do as a director. With still being fresh in the chair, I like the move of going to Netflix as it doesn’t mean they will be huge properties to deal with, rather much smaller scale, personal stories where she can really get her feet wet as a director. And not just in terms with a camera and crew, but her fellow actors and actresses as well.

What do you think of this news? Are you interested in seeing her as a director? Do these two projects bring any kind of interest your way? How much are you looking forward to seeing her join the MCU as Captain Marvel? Unicorn Store also stars Joan Cusack, Bradley Whitford and Samuel L. Jackson. 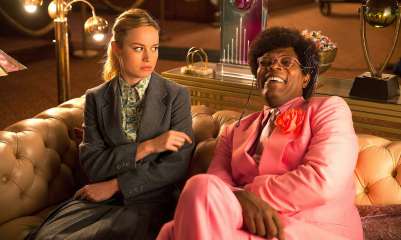