Matt Reeves’ ‘The Batman’ Gets a Release Date; Ben Affleck Is Officially Moving On

Director Matt Reeves and his Batman project have long been in the conversation, with it constantly moving back and forth from one end to another. When will it be released? Who will it star? Is it actually even happening? Well, thankfully, insiders have been hard at work for months and yesterday, their hard work paid off as we finally have to answers to the long-burning questions.

As first reported by Deadline, Warner Bros. has officially marked down June 25th, 2021 for Matt Reeves highly-anticipated take on the Dark Knight. Unfortunately the news doesn’t stop there. From the day Reeves’ signed on to the project, even before, it has been long rumored that his story will follow a younger Bruce Wayne, stepping away from the continuity of the DCEU at the time. That left all our minds wondering what was going to happen with Ben Affleck, who had donned the cape and cowl for WB and DC three times up to that point. Well, along with the news of a release date, it’s being reported that Affleck is in fact out as the character, with Reeves aiming to replace his Bruce Wayne with a younger version.

This news now only answers many of our questions, but it also raises some as well. The search for not just a new Caped Crusader is on, but his legendary Rogues Gallery as well. That last piece is key, as Reeves recently sat down with The Hollywood Reporter, where he teased what kind of story he wants to tell, one that hasn’t been told on screen for the character before:

“It’s very much a point of view-driven, noir Batman tale. It’s told very squarely on his shoulders, and I hope it’s going to be a story that will be thrilling but also emotional. It’s more Batman in his detective mode than we’ve seen in the films. The comics have a history of that. He’s supposed to be the world’s greatest detective, and that’s not necessarily been a part of what the movies have been. I’d love this to be one where when we go on that journey of tracking down the criminals and trying to solve a crime, it’s going to allow his character to have an arc so that he can go through a transformation.”

I love The Dark Knight trilogy and also was always intrigued by seeing a movie staring Affleck under the suit, but these comments by Reeves is exactly what I want to see. We’ve seen plenty of the same stuff from Batman over the years, that means it’s time to shake things up. And by shake I mean pull one of the 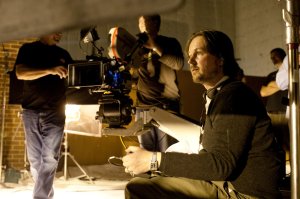 biggest pieces of the character straight from the comics. He’s right, he is the word’s greatest detective and it has not been part of the movies, really at all. That’s what I want to see. We also haven’t had a “young” Batman before. We’re not completely sure how young he will be, but I have no doubt that Reeves will be trying to cast a gentlemen who by far looks the youngest out of all the men who have portrayed the character in the past.

Either way, it’s quite excited to as least get some details about the project. There’s a certain weight lifted as we now know the movie is actually happening. Reeves is one of my favorite working directors. What he did with the Planet of the Apes movies is nothing short of incredible. While they’re very different, if he’s as successful as he was with those, psh, game over. Hopefully we know who will be taking on the role very soon.

What do you think of this news? Did you want to see Ben Affleck continue in the role? Do you like Reeves directing this project? What kind of villains do you hope to see in the movie? Sound off in the comments below! Stay tuned as well, as we’ll be updating this as soon as any news is released.