A Short Teaser for ‘Birds of Prey’ Has Been Released; Margot Robbie Posts New Image as Harley Quinn

It really seems like Warner Bros. and DC have finally figured out what to do with the World of DC, which is now the official now of the formerly known DC Extended Universe. While their team-up movies have been failures in many eyes, their solo adventures have been kicking absolute butt, with Aquaman now officially becoming their all-time highest grossing film, recently passing Christopher Nolan’s The Dark Knight Rises for the top spot. The tide has turned for the 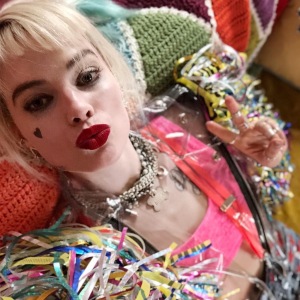 studio, literally, and after years of fans begging and pleasing, they’re finally listening and giving us exactly what we always wanted, more standalone movies.

Of the many solo movie that are coming our way, one of the more interesting and intriguing projects is that of Birds of Prey (And the Fantabulous Emancipation of One Harley Quinn). The highly anticipated movie that has been talked about for years is finally headed our way, and to a big surprise, we already have a first teaser. I must add that it’s very, very short and shows close to nothing as it just features introductory shots of the main cast, but that’s all we need at this point. The cast to this movie is top notch, especially after the announcements of Mary Elizabeth Winstead, Jurnee Smollett-Bell and Ewan McGregor joining as the Huntress, Black Canary and Black Mask respectively. Since then, we’ve just been begging for a first look at these actors and actresses under their new digs, and thanks to Margot Robbie and company, we now do.

As I mentioned, these are very raw first looks. It’s a very limited take on what we’ll be seeing later on this year (SDCC maybe). With that said, the teaser does give us a tone and vibe for the project, and it’s exactly what we expected. It’s going to be colorful and wacky in all the best ways, while also features some insanely kick-ass action from a handful of very strong female leads. While a different film, hopefully Birds of Prey is able to give us what we wanted from Suicide Squad.

Check out the first teaser below, and make sure to leave all your thoughts in the comments section! Do you even want this movie? What are you hoping it’s like? How do you like the cast? Directed by Cathy Yan and also starting Chris Messina, Ella Jay Basco and Rosie Perez, Birds of Prey (And the Fantabulous Emancipation of One Harley Quinn) will be released on February 7th 2020.