6 Important Things You Might Have Missed in the ‘Spider-Man: Far From Home’ Trailer

On January 15th we got our first look at the next installment of the Spider-Man franchise, Spider-Man: Far From Home. The trailer gave us a lot of first looks while definitely keeping it’s secrecy about where it falls into the MCU timeline and whether or not it is before or after the events of Avengers: Infinity War and Avengers: End Game. While there is a lot going on in the trailer, we have decided to talk about some of the most important things that people might have missed while viewing the trailer.

Aunt May & Spider-Man at a “Charity” Event

The trailer opens up with Spider-Man and Aunt May at what seems to be a charity event. Aunt May seems to have fully embraced the fact that Peter is Spider-Man and now is using him to bring success to her event. Now I have been reading a lot of articles from other sites and nobody seems to talking about is that while it may look like a charity event, I believe that this may be the grand opening or a benefit for F.E.A.S.T. or “Food Emergency Aid Shelter Training”. It is a homeless shelter in New York City that Aunt May works at. It has been used in the comic books, but most recently in Spider-Man the Playstation 4 video game. In the past the shelter is run by Martin Li who later we find out is the Spider-Man villain Mister Negative, the leader of a criminal organization. While this is all speculation, I wouldn’t be surprised if this ends up being what it is for in the future or at least opening up the possibility for it.

Blink and you will miss it, but in the trailer we see Spider-Man swinging through Manhattan and in the background we get a quick glimpse of Avengers Tower. As we know from Spider-Man: Homecoming, Avengers Tower was sold to an unknown buyer. Now it seems that the tower is under construction and the new owner is making changes to it. So who could be moving in? There are three major possibilities in my opinion that could be who is the new owners of Avengers Tower. #1  is the Oscorp Tower. Norman and Harry Osborn have yet to make an appearance in the Spider-Man universe, but you can best believe that they will at some point. This would be a perfect way to introduce the Osborn’s as maybe a new to town family that is clearly wealthy and powerful. In my opinion this is what it is going to be. #2 is the Baxter Building. The second option is that this could end up turning into the famous Baxter Building and home of the Fantastic Four. We know that Reed Richards and the Baxter Building is a staple to the Fantastic Four and this could be a awesome way to slowly introduce them. The only thing is Spider-Man: Homecoming was before the Fox purchase and the movie had clearly already established someone had bought the tower. So it’s a cool idea but a long shot. #3 Damage Control. We met Damage control in Spider-Man: Homecoming, as they were the people tasked with cleaning up super-hero messes. I personally don’t think this is what it is but it’s an option.

The passport doesn’t reveal a whole lot but some things are important enough to note. Number one is the fact that there is no years on the passport at all. There is no year for the date of Peter’s birth. Although it does say August 10th, which is regarded as the original release date of The Amazing Fantasy #15, which is the first comic appearance of Spider-Man. The second important bit about the passport is the date of issue. On the date of issue you see the date issued as the 19th of July. Again with the theme we don’t see a year. More than likely it has been removed to not give us information about when the movie takes place in the timeline of the MCU. There is also no year for the expiration date again leaving no clues for us.

While Peter is packing for Europe, we see him close his suitcase. The suitcase itself is pretty old and there is a reason why. The suitcase isn’t his and has a different set of initials on them. Those initials are BFP. If you haven’t figured it out, those initials stand for Benjamin Franklin Parker, or as most know him Uncle Ben. While we haven’t seen him in the physical form in the MCU, we pretty much have gotten all we really need to know about who the character is and the impact he has on Peter. While it might be nice to get a flashback, this is at least letting us know that he exists in the MCU and the significance of the character is still there. 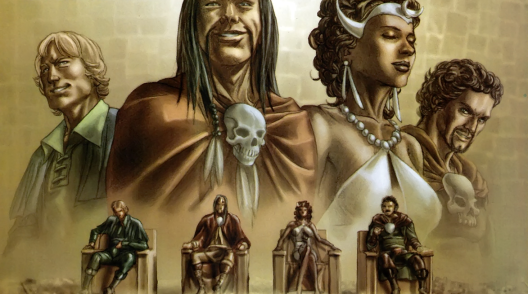 This has been one of the most hotly debated topics coming out of the trailer. Are these the actual Elementals or are they other classic Spider-Man villains. While there hasn’t been any conformation 100% we will present you with both sides and let you decide. Now there is always the chance that they took the classic villains and are just calling the “The Elementals”, but again we don’t know at this point. However there are clues that point to this theory, but first let’s explain the Elementals.

In the trailer we the first one we see is Magnum. Now the debate is whether or not this could be Sandman, a villain previously seen in Spider-Man 3. In the shot there is a license plate that has the numbers 463. This indicates Sand Man’s first appearance in Amazing Spider-Man Issue #4 in 1963, hence the 463. 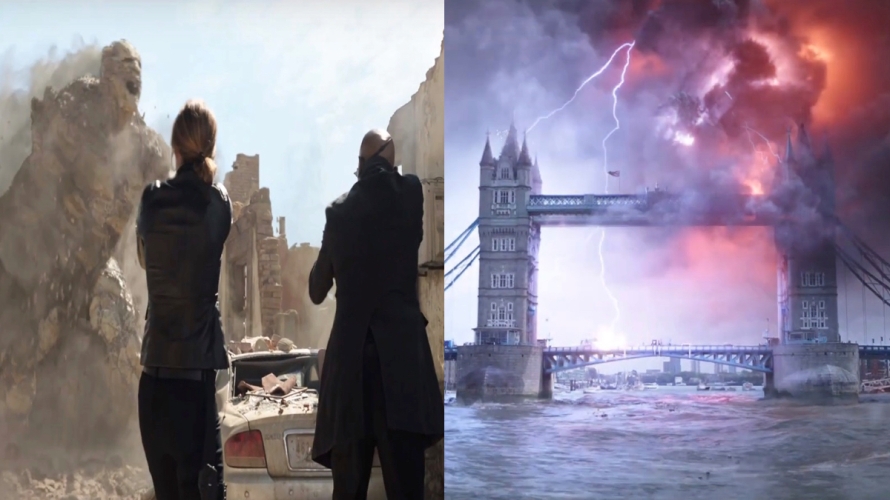 The second is where the controversy kicks in. In this image we see a bridge with some kind of weird anomaly happening above it. We don’t know what is happening but many think that this is the Elemental Zephyr. We don’t actually see a person so it isn’t completely clear and there isn’t a classic Spider-Man villain that controls air. I think it might just be Mysterio staging a battle personally.

The third one we see is Hellfire. He is a giant blob of magma that you may not even realize is a person. This also has the potential to be another Spider-Man villain, Molten Man. Another clue that this is Molten Man is the car on the bridge that’s license plate is 2865 SEP. This represents the first appearance of Molten Man in Amazing Spider-Man Issue #28 released in you guessed it, September of 1965. 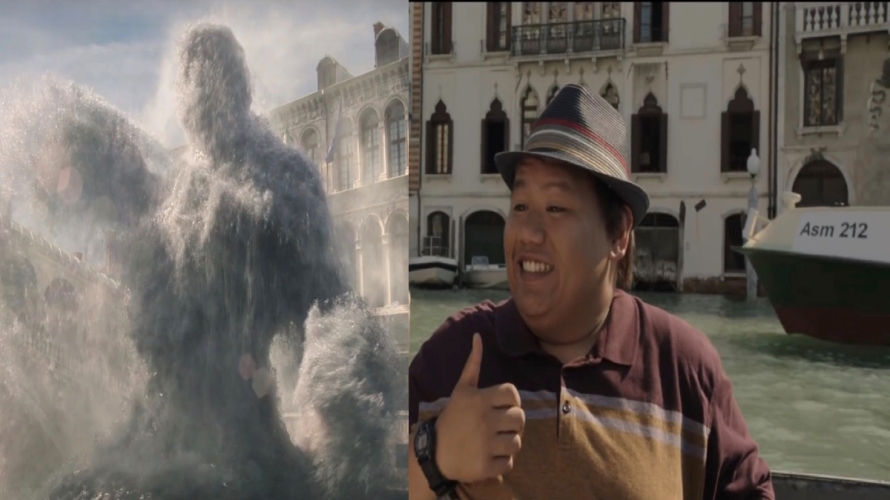 The final character we see is a giant water man. This could be the Elemental Hydron. This is easily the most debated person because many think that it is just the classic Spider-Man villain, Hydro Man not Hydron. To further back this up, there is a shot of Ned taking a picture with a boat in the background. On the boat it says ASM 212. This is a clue for Amazing Spider-Man Issue #212, where you guessed it, it is the first appearance of Hydro Man. Like we have no official word of what or who each one is, until then these are my best guesses.

While its not shocker that Mysterio is in the movie, there are a lot of things that could be over looked so I wanted to break it down for you guys. But first let’s get some background on him. Mysterio aka Quentin Beck is was introduced in 1964 and is a special effects master with expertise in illusions. In classic comics he has no known super power abilities, he is just a master of illusions and tricks. The biggest theory going around is that Mysterio is “creating” these Elementals as a means to make himself look like a hero. We already know that he is the villain of the movie, but his character is described as an ally to Spider-Man. So at some point something is going to go wrong that turns him into a bad guy. My prediction is that Spider-Man figures out he is a fraud and outs him for it and that’s what causes his hatred for Spider-Man.

Another thing we see  one is that we finally get confirmation that Mysterio is indeed going to rock his classic fish bowl helmet. The helmet itself is like a one way mirror. You can’t see in but Mysterio can see out. Inside it he is known in the past to use it as almost

his control center for his special effects since nobody can see into it. This would give a perfect reason to why he needs to wear the helmet in the movie. In the trailer we see Mysterio shooting his classic green smoke seemingly out of his hands. One thing that is interesting is that if you look closely in the green smoke there are symbols in the smoke similar to symbols we see when Doctor Strange conjures magic. Could he actually be a failed sorcerer in this? It’s not far fetched because in recent comic books Mysterio does in fact have powers and we do seem him flying while fighting the water monster, but I just don’t think that’s what is going to end up happening in this one. I think he is just a fraud putting on a show until he gets caught.

Well there you have it folks! This is my personal dissection of the Spider-Man: Far From Home trailer and the things that I found important in the trailer. So tell me what you think! Did you notice any of these things? Did I set off an idea in your head about something? Let me know what you think in the comments below!