Everyone at some point has heard of the Teenage Mutant Ninja Turtles. If you’re like me, I grew up with the Teenage Mutant Ninja Turtles and they were a staple of my childhood. So when they made the new installment of movies in 2014 and 2016, needless to say many people were disappointed by the outcome. It just wasn’t very good and in my opinion felt sloppy and not put together very well. So naturally with every unsuccessful or under performing popular franchise, it’s getting a reboot! 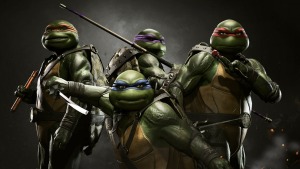 Paramount Pictures has decided that it is going to be rebooting the Teenage Mutant Ninja Turtles franchise and they aren’t going to be wasting any time doing it. Producers have already been tapped for the franchise and they just happen to have produced one of the best movies in 2018. Andrew Form and Brad Fuller were producers for this years hit A Quiet Place, and it also seems that Bad Words writer Andrew Dodge, has been tapped to be the screenwriter for the Teenage Mutant Ninja Turtles reboot as well.

What is most interesting about the news is that it seems Paramount doesn’t want to waste any time with the franchise as it seems that they want to start development the movie this year. The plan is to have the movie in development by the end of 2019. For people looking forward to more Ninja Turtle movies this is great news, for me personally I hope that they aren’t rushing things in order to get out a movie. I would rather them take their time on it and give us a movie of quality. But that’s just my opinion.

What do you think? Are you excited for a Teenage Mutant Ninja Turtles reboot? What would you like to see from the franchise reboot? Let us know what you think in the comments below!