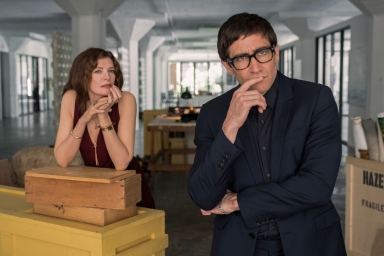 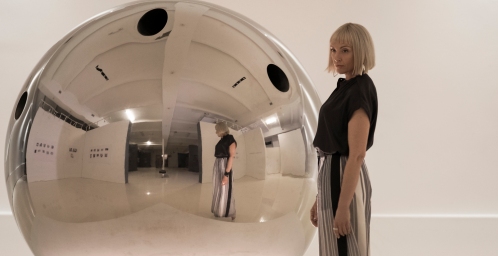 Netflix has unveiled the first official trailer for their upcoming collaboration with director Dan Gilroy, Velvet Buzzsaw. Gilroy is the director behind the criminally underrated film Nightcrawler, which just so happens to also Star Jake Gyllenhaal and Rene Russo. The three have reteamed for a film that is being described as “a thriller set in the contemporary art world scene of Los Angeles where big money artists and mega-collectors pay a high price when art collides with commerce.”

Before you judge the trailer for what it is, just know that if you haven’t seen Nightcrawler, Gilroy is the real deal. He’s a director whose films are a must see, especially when it has such high-profile actors in it. It’s no secret how I feel about Gyllenhaal as an actor. He’s the best in the game right now, no question. I also enjoy seeing more Rene Russo, specifically because of how well her and Gyllenhaal worked together in Nightcrawler. But Toni Collette, John Malkovich and others as well? No matter what the trailer looks like, to me, I’m excited either way and will definitely be checking it out.

This one is quite interesting though. It’s far different from Nightcrawler, obviously, but the “arthouse horror” vibe it has is something that is rarely seen these days. And the fact that Netflix has backed it, giving Gilroy free ability to full film what he wants, I’m extremely interested in seeing this full picture. The performances, imagery and dark themes that gets back to the roots of what was included in Nightcrawler, it all sounds incredibly fascinating. I can’t wait to see it.

How did you feel about the trailer? Have you seen Nightcrawler? Does this interest you at all? Also starring Zawe Ashton, Tom Sturridge, Natalia Dyer, Daveed Diggs and Billy Magnussen, Gilroy’s Velvet Buzzsaw will be released on Netflix on February 1st.