Over the last few months, it’s been very clear that Disney+, Disney’s brand new streaming service that will debut this Fall, will play a major part in the Marvel Cinematic Universe going forward. Not only were miniseries announced for Loki, Scarlet Witch (eventually including Vision) and the fantastic duo of Falcon and Winter Soldier, but just a short time ago Marvel Studios President Kevin Feige revealed that he and his team will be using Disney+ as their own personal 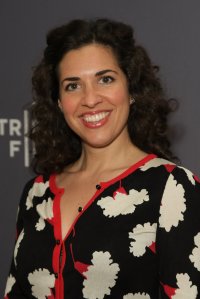 comic book, implementing it into the future of the MCU. The series were the first step, but the second is where all the connections begin to take place.

It has been revealed, thanks to The Hollywood Reporter, that Jac Schaeffer, who is responsible for the script of Captain Marvel as well as the upcoming Black Widow standalone movie, has been given the duty of showrunner on the upcoming miniseries. The report also states that Schaeffer will wrote the script for the pilot episode, which no doubt sets the stage for the season.

This is very exciting news. We have yet to see how a Schaeffer script turns out in the MCU, but if they’re giving her a job like showrunner on a series that Feige has made to believe to be so important, she must have a pretty good impact on the overall idea of the MCU and its characters. While I personally want to see Elizabeth Olsen included in the MCU films for a very long time, based on the fact that her character is badass and extremely powerful, I also love the idea of fleshing out the characters and their relationship through a miniseries. It’s an extremely smart play by the studio. Using it as a comic book type platform couldn’t be more perfect for a universe that already feels like a 20+ issue storyline. We’ll obviously have to wait and see how it all turns out, especially with Avengers: Endgame arriving in just a few months. For now, it’s just another good notch in the belt that Marvel has created over the last decade.

What do you think of this news? Is a miniseries focusing on these characters something you want to see? Do you hope they continue their runs in the movies? What other characters do you want to see be given a miniseries? No production or release dates have been announced for any of the new series, but Olsen and Paul Bettany will reprise their roles.