Annapurna Pictures has released the first official trailer for their upcoming Richard Linklater film Where’d You Go, Bernadette. Linklater, who has directed some terrific films over the last couples of years in Everybody Wants Some!! and Last Flag Flying. The film stars Cate Blanchett as Bernadette Fox, a wife of a loving husband and mother to a brilliant daughter, who suddenly disappears, leaving her family to set off on an adventure to solve the mystery of her 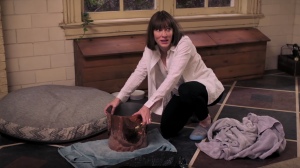 leaving, discovering who she was in the past in the process.

For the most part, I like the material that Linklater puts on screen. Recently, I’ve thoroughly enjoyed the projects he’s done. Everybody Wants Some!!, for me personally, is one of the best movies I’ve seen over the last half-decade. As a lifetime baseball player who experienced college baseball myself, it hit home with me hard. I couldn’t have enjoyed it anymore than I did. The thing I appreciate with Linklater is how different his films are from one another. That trend continues with Where’d You Go, Bernadette.

I’m very intrigued by the movie, especially since I knew nothing about it going into the trailer. The cast is outrageous, which is typically the case with Linklater movies. That alone will get me in the theater, which will hopefully be taken over by the setting and tone of the story. I will admit that it does feel odd. It doesn’t feel like the typical Linklater project, which is an aspect that get me very interested. I also haven’t read the source material that it’s based off of, so for all I know it may be exactly what that story feels and reads like, but on screen. I’ll definitely be doing some digging into reading what those who do know the story are saying about the trailer.

Watch the first trailer below, and as always, head down to the comments section to leave all your thoughts. How did you react to the trailer? Are you a fan of Linklater’s movies? Do you know the material? Also starring Billy Crudup, Kristen Wiig, Emma Nelson, James Urbaniak, Judy Greer, Troian Bellisario, Zoe Chao and Laurence Fishburne, Linklater’s Where’d You Go, Bernadette will be released on March 22nd, 2019.