At this point, we all know that Toy Story 4 will be the next big movie to drop for Pixar and they have previously announced that they plan to stop or at least hit the pause button for sequels to movies that they have made in the past. While many people will be disappointed that they are stopping sequels, sorry Ratatouille fans, it may be a necessary and smart move for Pixar to start creating new content again. While many don’t know what Pixar has in planned for the future, we now know a little bit more about the next project to come after Toy Story 4. 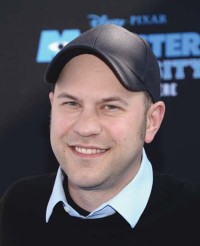 According to Pixar, the movie will follow two teenage elf brothers who embark on an extraordinary quest to discover if there is still a little magic left in the world. Their search for some leftover magic is happening because they want to spend one last “magical” day with their father, who sounds to have passed away. Like we said earlier at last years D23 they did reveal a little bit saying that the story saying that in this fictional world, after magic became too hard to conjure, it was replaced by technology. Hence why this world looks a lot like ours, only instead of it being populated by humans, it’s filled with elves, trolls, sprites and other mystical creatures. There are also unicorns, although they’re considered to be pests.The movie will be produced by Kori Rae and directed by Dan Scanlon. Scanlon directed the sequel to Monsters, Inc., Monsters University. When Scanlon was asked about Onward, he talked about how the project was personal to him. He said:

“At Pixar we try to create stories that come from some kind of personal truth. This film was inspired by my own relationship with my brother.”

As for the cast of the movie, it so far is off to an amazing start as it was announced that the voice cast so far will consist of Tom Holland, Chris Pratt, Julia Louis-Dreyfus, and Octavia Spencer. Of course Tom Holland and Chris Pratt are no strangers to the Disney empire as the both star in the Marvel Universe, Pratt as Star Lord from the Guardians of the Galaxy franchise and Tom Holland from the Spider-Man franchise. Joining them is Julia Louis-Dreyfus who is known for her roles on Veep and most famously Seinfeld. Rounding out the cast is Octavia Spencer who has been in movies such as Hidden Figures and The Shape of Water. This could just be the first announcement for the casting of the movie so check back in to see when more get announced.