It’s a new day so of course there is going to be another new movie to add to Warner Bros. list of DC movies in development right! We recently told you that Warner Bros. has plans to bring Blue Beetle to the big screen. Well now it seems that we will be adding two more DC comics heroes to the infamous “in development” list over at Warner Bros. as Zatanna and Plastic Man have been officially put “in development. So first lets start of with Zatanna.

For those of you unfamiliar with the character of Zatanna, she is a stage magician as well 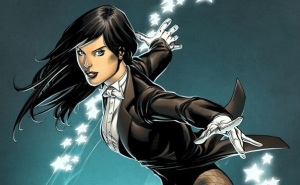 as a real life magician, but really she is an extremely powerful sorceress. Her powers seem to be genetic from her father, Giovanni “John” Zatara, who was also a powerful magician. When Zatanna uses her powers, she speaks the incantation spelled backwards to conjure the spell. She is apart of the Justice League and is known to frequently help out. She is also a main player when it comes to Justice League Dark. At one point we were hearing of a Justice League Dark movie, but since then it seems to have been put on hold. Her use in the World of DC could be really cool addition. Bringing a bit more magic and sorcery into the DCEU would be a nice addition to the story lines.

Our second hero is Plastic Man. Yes, you heard me right, Plastic Man. Plastic Man aka  Patrick “Eel” O’Brian, was created in 1941 and started his career off as a criminal. A 10 year old living on the streets is when he begun his life of crime. By the time he was an 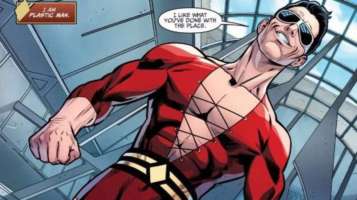 adult he was part of a burglary ring, specializing as a safe cracker. On night while he was on a heist at the Crawford Chemical Works, he was shot in the shoulder and doused with a large drum of unidentified chemical liquid. Due to the help of a Monk who protected him from the police, he decided to change his life. While recovering he discovered that his skins was like rubber allowing him to stretch, bounce and mold himself into any shape. He later joined the police force and became an FBI agent.

While Zatanna seems like a reasonable character to be brought to the big screen, I can’t help but think that Plastic Man may be a little bit harder of a sell for fans. The movie would obviously have to have humor because I don’t think many people can take a superhero named Plastic Man seriously. While we haven’t seen Plastic Man on the big screen, Marvel’s Mr. Fantastic pretty much is the same character as Plastic Man and we have seen Mr. Fantastic on the big screen, unfortunately. While it was cool to see him bend and turn himself into shapes, it gets old and would be difficult to carry a movie by itself if it wasn’t for the rest of the fantastic four.

So what do you think? Would you be excited for a Zatanna or Plastic Man movie? Are these characters better of being supporting characters rather than have their own movie? Let us know what you think in the comments below.