Since 1969 children and adults have grown up with our favorite Muppet’s that live on Sesame Street. Sesame Street introduced us the characters like Elmo, Kermit the Frog, Ms. Piggy, Big Bird and so many more that the list could go on and on. There have been so many historic things that have taken place on the show. The show integrated all races

of children in the beginning, treating them as equals on the show. At the time in the early 70’s that was a big deal and even the state of Mississippi banned the show for some time because of it. It has also addressed major time in history like September 11th, Hurricane Katrina and even the HIV/AIDS crisis. Through out it all it has stood the test of time.

With the popularity that the show has brought over the years and having the title of most watched children’s television show across the world, naturally movies are going to be made with the show and its characters. While there have been hundreds of made for TV movies as well as straight to release movies, there have been a handful of big budget releases as well. There have been eight total Muppet big budget movies. The first movie to start it off was in 1979 titled The Muppet Movie, and most recently in 2011 we got The Muppets and 2014’s Muppets Most Wanted. Since 2014 there has yet to be a movie revolving around the Muppet universe, but that seems like it will be changing soon. 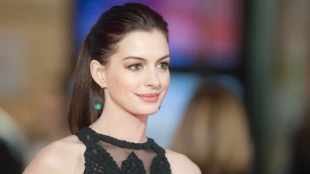 According to sources close to the Warner Bros. Studios, it seems like a new Sesame Street movie is in the works and actually seems to be looking to begin production soon. The movie is said to be a musical, no shock there, and being directed by Portlandia co-creator Jonathan Krisel. While a cast for the movie hasn’t been confirmed, it sounds like the studio is aggressively pursing Anne Hathaway to star in the leading role. Hathaway is no stranger to musical movies, especially from her award winning role in Les Misérables. While the offer has been presented to Hathaway, it is unclear whether or not she has plans to accept it due to multiple offers for different projects.

So what do you think? Are you excited for a potential Anne Hathaway Muppet musical? Do we even need another Muppet movie? Sound off in the comments below!