We’re still months away from the release of Warner Bros. monstrous sequel Godzilla: King of the Monsters, but it’s inevitable sequel and overall monster mash-up has now begun filming. Hiring innovative filmmaker Adam Wingard, WB celebrated the production start date by releasing the official cast list and synopsis for the film, which will no doubt get those who are invested in this project extremely excited for what these movies will be showing over the next few years.

The franchise began back in 2014 with Gareth Edwards’ Godzilla, which smashed into theater with some powerfully thunderous applause. While it did have its issues, WB was very confident in starting a “monsterverse” or the fans and then announced a new King Kong movie, which would be directed by Jordan Vogt-Roberts and eventually came known to be Kong: Skull Island. While Godzilla built the anticipation, Skull Island laid the groundwork for what would come next as it was set during the Vietnam War, not just revealing the (new) secrets of Kong, but the other “titans” that lay rest beneath the surface.

This universe will move forward next year with Godzilla: King of the Monsters, which has been directed by Michael Dougherty (Trick R Treat) and stars Vera Farmiga, Kyle Chandler and the oh so lovable Millie Bobby Brown from Stranger Things. The first trailer for King of the Monsters thumped onto the scene, leaving everyone anxiously waiting for next May. And while we do wait with as much patience as we can, the film we’ve all been waiting for is now underway. From the moment we heard WB would be connecting two of the biggest movie characters of all time, this is exactly the moment we’ve all been waiting for: Godzilla vs. Kong.

Skarsgard, Hall and Henry, but also includes underrated standouts like González and Henwick. Shockingly, as of right now anyway, expected names of Farmiga, Chandler, Brown, Ken Watanabe and Sally Hawkins – who we thought would be appearing from King of the Monsters – aren’t anywhere be found.

Now, there are obviously two logical explanations for this. One is that they may just not be in the film for any given of a dozen reasons. Secondly and more probable, the studio wants to keep their names off the list until we see King of Monsters, for spoiler reasons of course. With both Watanabe and Hawkins both making a return from 2014’s Godzilla, I expect them to be returning for the third movie. Farmiga and Chandler I’m not so sure about, but Brown can be put into that category of I expect her to because of the speculation that she is playing the “twins” role of the story that is connected to Mothra. If Mothra does carry over into Godzilla vs. Kong, it would make sense for her to as well if she is indeed playing that role.

Whatever may happen with the cast carrying over, the cast in place is remarkable. It’s truly the movie we’ve all wanted to see for the past couple years. The studio has done a really great job of getting young talented filmmakers to ship this universe in a solid direction, one that I’ve personally enjoyed quite a bit. Everything that has happened and will happened has been leading to the epic battle of Godzilla vs. King Kong. It’ll no doubt be one of the biggest showdowns we’ve ever seen on screen. While I do think we all know that they will come together to fight a bigger threat towards the end, let’s hope that all this build up and wait will in fact be worth it in the end.

What do you think of the cast? Do you think names from King of the Monsters will carry over or not? Why or why not? Also don’t forget to check out the synopsis below! Are you looking forward to this movie? Have you liked the monsterverse so far? Who do you think Godzilla and Kong will face-off against after their scuffle? Godzilla vs. Kong will smash its way into theaters on May 22nd, 2020.

In a time when monsters walk the Earth, humanity’s fight for its future sets Godzilla and Kong on a collision course that will see the two most powerful forces of nature on the planet collide in a spectacular battle for the ages. As Monarch embarks on a perilous mission into uncharted terrain and unearths clues to the Titans’ origins, a human conspiracy threatens to wipe the creatures, both good and bad, from the face of the earth forever. 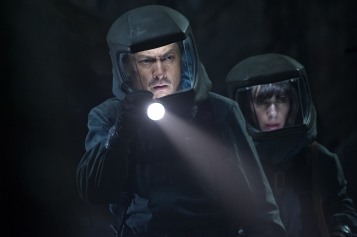