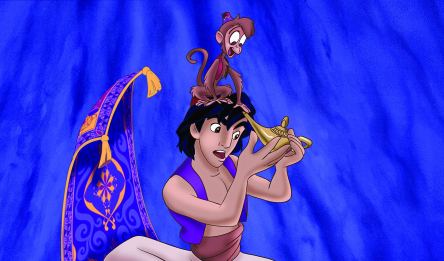 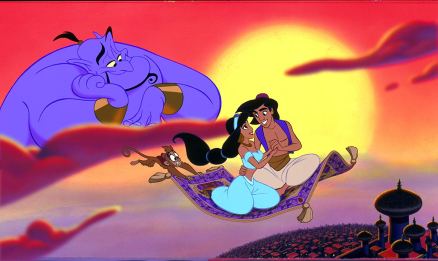 Thanks to Will Smith and his magnificent social media platform, we now have our first official teaser poster for Disney’s upcoming live-action remake of the animated classic Aladdin. Guy Ritchie (The Man from U.N.C.L.E., King Arthur: Legend of the Sword) is behind the camera as director, with newcomer Mena Massound taking on the role of Aladdin, Naomi Scott (Power Rangers) as Jasmine and Smith in the honorary role of Genie following the legendary performance Robin Williams gave in 1992.

Typically, audiences (including myself) would become bored very quickly with the same thing over and over again. But when it comes to Disney’s live-action remakes of their historic animation vault, we just keep sucking it all up. Cinderella, Maleficent, The Jungle Book and Beauty and the Beast are already in the books with The Lion King, Mulan and Aladdin currently in production (Maleficent is in pre-production). But let’s not forget that news just dropped that the future world leaders are also developing a live-action Lilo & Stitch. With all of that happening in just a matter of years, it’s obvious that Disney is not slowing down on giving fans these live-action remakes.

As for Aladdin, this is by far Disney’s biggest test yet. The technological advancements and work they’ve done on films like The Jungle Book and the upcoming The Lion King is second-to-none, but Aladdin is a whole new beast. It tells a story based around a culture and people that truly needs to be told. There’s a lot of risk involved and while many films and studios, not just Disney, has been bashed for white-washing in the past. It has happened and will continue to happen, and while parts of this film may have that, it seems that each of these actors and actresses that play major roles have been properly casted in their roles.

As for this poster, it’s absolutely magical. Some may look at this and just see a purple background with a genie lamp, but to those longtime fans of the story of Aladdin will notice that this teaser poster isn’t just the average teaser poster. In fact, it pays tribute to and celebrates what that animated feature was and is still to this day. Yes, it comes with a little bit of a modern update, but the fact that Ritchie and his team decided for this to be the first piece of anything we’ve seen from the movie, to me it’s a great sign leading into what’s hopefully another triumphant live-action remake.

What do you think of the poster? Do you like that it pays homage to the original? Are you looking forward to this live-action remake? Are you holding out for the trailer? Please head down to the comments and leave your thoughts! Also starring Marwan Kenzari as Jafar, Navid Negahbanas the Sultan, Nasim Pedrad, Billy Magnussen, and Numan Acar, Ritchie’s Aladdin is set to be released on May 24, 2019. 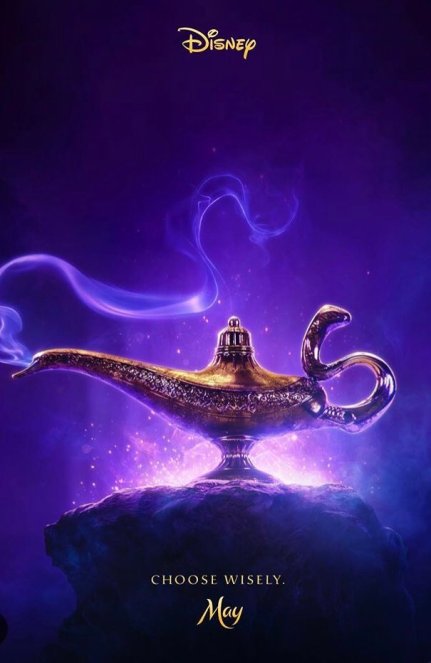 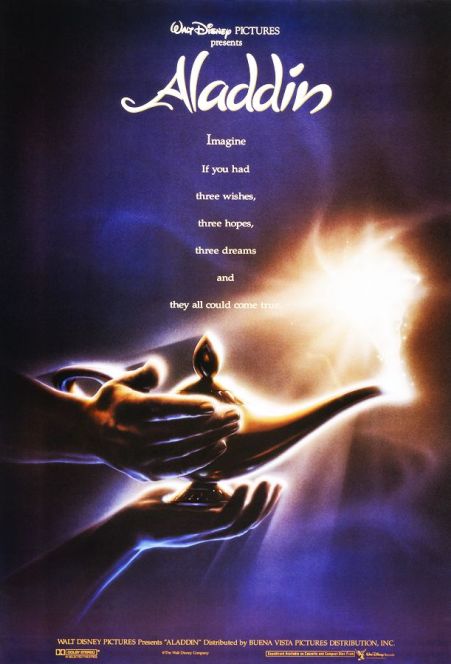