First it was Amy Schumer in 2016 who was set to star as the famous doll in a Barbie movie. Then ultimately the deal fell through as she stated she had “scheduling conflicts”. Next, it was Anne Hathaway who was cast in the role and it seemed like the movie was moving forward and was planning on filming this year with anticipation for a 2020 release date. The movie ended up falling through, Hathaway parted ways, and the rights reverted back to toy maker Mattel, and Mattel ended up selling the rights to Warner Bros.

Now that Warner Bros. owns the rights to the movie they aren’t planning on sitting

around on this movie, and their first move is finding the actress that they want to play Barbie. According to The Hollywood Reporter Warner Bros. has tapped Margot Robbie to play the role of the most famous doll in the world. While no deals have been finalized and it is in the very early stages, who would be better than Margot Robbie to play a life size blonde doll herself. She is currently working on Quentin Tarantino’s Once Upon A Time in Hollywood and is set to reprise her role of Harley Quinn in DC’s Birds of Prey. 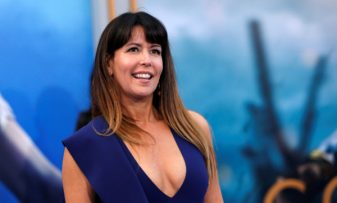 So what do you think? Do you think Margot Robbie is a perfect fit for the role of Barbie? Is Patty Jenkins the right director for the movie? Let us know what you think in the comments below!