Important ‘Harry Potter’ Character Will Be Getting an Origin In ‘Fantastic Beasts: The Crimes of Grindelwald’’ 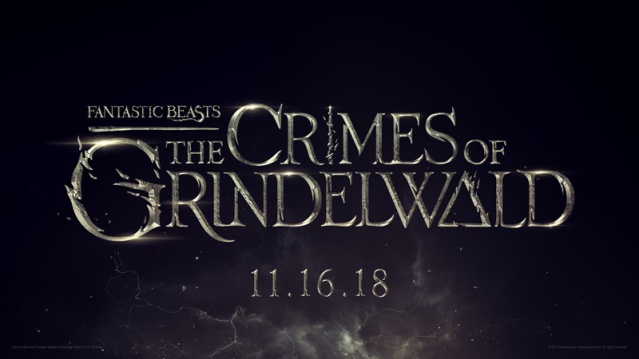 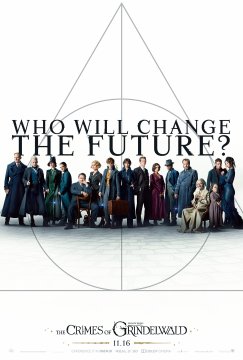 There has been a lot of speculation about what will be going on in the sequel to 2016’s Fantastic Beasts and Where to Find Them. We have already gotten a couple of trailers, including most recently the final trailer, which gives us an idea of what to expect from the movie. As well as the trailers, the title of the new movie Fantastic Beasts: The Crimes of Grindelwald, clearly seems to push the fact that this movie saga will be about the Dumbledore and Grindelwald story briefly told to us in the Harry Potter novels as well as movies.

In the first Fantastic Beasts movie we met Magizoologist Newt Scamander, (Eddie Redmayne) as he embarks on an adventure from Europe to the United States with his suitcase of Fantastic Beasts on a journey that ends up garnering the attention of the MACUSA (Magical Congress of the United States of America). Along the way we meet Credence Barebone (Ezra Miller) a troubled boy who is working with Percival Graves

(Collin Farrell), a high-ranking Auror and Director of Magical Security for MACUSA on finding a rare and powerful beast called an  Obscurus. At the end of the movie we find out that Credence is a Obscurial harboring the Obscurus inside him and that Percival Graves is actually Gellert Grindelwald (Johnny Depp), an extremely powerful dark wizard that the MACUSA has been hunting. With the help of Newt Scamander and his friends the MACUSA is able to capture Grindelwald and take him into custody.

Now we all know that since there is a sequel (and the trailers show us) Grindelwald is going to escape the custody of the MACUSA. The trailers have given us what Grindelwald’s ultimate goal is, which is to cause mass violence, terror and chaos around the globe, seeking to lead a new Wizarding Order, with a strong belief in wizarding superiority. He does not believe that Humans, or No-Maj’s, and Wizards should get along like they have been for centuries leaving the wizards to have to hide their magic. This is where Dumbledore tries to step in and where our story will probably lead. While this is more than likely the main story that is going to be told over the next 4 movies, we are getting a HUGE connection into the Harry Potter books/movies that came before Fantastic Beasts.

If you have seen the trailers or been staying up to date with the news about Fantastic Beasts: The Crimes of Grindelwald, you have probably heard about Claudia Kim and who
it was revealed that she would be playing. It turns out that she will be playing a character very familiar with Harry Potter fans and plays a BIG part in the story of Voldermort. Who is that character? Well, she will be none other than Nagini, Voldermort’s most prized companion. You may be thinking, “wait a minute, isn’t Nagini a snake?” Well yes, you are 100% correct. Nagini is the snake that is always seen at the side of Lord Voldermort through out the Harry Potter movies and the books. I don’t think personally any of us thought that we would be getting this from the Fantastic Beasts movies but being that the movies revolve around “beasts” whether it be human or animal, this is a perfect way to dive into her history.

We don’t have a lot of information from the studio regarding Nagini’s character, but we can deduct quite a bit from the movies trailers that have been released so far and what information the studio has chosen to release. But lets start from the beginning. The story of Nagini is that she is what is called a Maledictus. A Maledictus is a person who carries a blood curse that sooner or later turns the person affected into some form of animal permanently, in this case a snake. It is a sad a cruel curse but the extent of what comes from it we don’t know. Maybe this is what causes her to become a violent killer snake that we know.

The second thing we know is that Nagini is apart of a traveling wizarding circus and freak show, which in the movie is called Circus Arcanus. The circus is run by a wizard named Skender who is described as a cruel man and ringmaster of the circus who exploits Nagini’s curse for entertainment and profit. In the trailers we see the return of Ezra Miller’s character Credence. The last time we saw Credence, he was working for Percival Graves but it turned out to be Grindelwald who was taking advantage of him trying to locate the Obscurus for his own gain. In anger he set the Obscurus lose and in New York City causing widespread death and chaos. He was eventually “destroyed” by MACUSA officials, although a tiny Obscurus fragment escaped. Credence now has complete control over his Obscurus making him very dangerous.

In the movie, Credence has escaped and found his way into the Circus Arcanus as a worker for the circus. He then forms a relationship with Nagini in the movie but that’s about as much as we know. Guesses could range from just friends to maybe more than friends. We don’t know if Nagini is bad at the moment like her snake persona or maybe she is just a person struggling through life and Credence is going to be the person that she finds comfort in. We could possibly even see Credence being a bad influence on her, the possibility is endless.

A lot of attention has been brought to the Wizarding World movies involving race and ethnicity and the inclusion in its films. A lot of people feel the films are very white washed and choose not to use actors of color. The casting of Claudia Kim was a step in a great direction, until people found out that she was playing Nagini. Nagini has been seen as a character who was subservient to a white man and many have taken offense to the fact that an Asian actress is going to end up being the “servant” or “pet” to a white man. Personally I understand why people feel the way they do about the actress and the role that she ends up becoming, but in a way I think people need to realize what Nagini becomes. She becomes the most important thing to Lord Voldermort in his life. She is so important that she NEVER leaves his side. She is also so important the he entrusts a piece of his soul inside of her. She holds a massively important role to Voldermort and shouldn’t be seen as a servant, but should be more seen as a companion.

Nagini’s role in the Fantastic Beasts series should not be overlooked. It is a huge deal connecting pieces of the Fantastic Beasts timeline and the Harry Potter timeline. Nagini’s connection to the Harry Potter timeline is huge in that it tells us a story that leads into Lord Voldermort. Whether we will see the rise of Lord Voldermort on screen, we will at least find out a little bit more about why Nagini became the way she is and how she became one of Voldermort’s closest allies. Hopefully she will be used well in Fantastic Beasts: The Crimes of Grindelwald and we can look forward to her in future movies.