When it comes to filmmaking, there may be no one better at making a variety of different films than Steven Spielberg. His historical run as director is something that may never be touched again. He’s among the best and has solidified himself as one of the four on the Mount Rushmore of filmmaking. But what comes next for him? We know he wants to do Indiana Jones 5, a sequel to this year’s Ready Player One may happen as well, but there’s one thing that Spielberg has always expressed interest in doing and will now finally get the chance to, a musical.

We’ve known since the early days of 2014 that Spielberg has been eyeing a remake of West Side story and although it’s been four years, project after project has always seemed to get in the way of that. With some of his bigger films and scripts out of the way, and a little bit of a breather before some even bigger ones in the future, he’s finally taking the time to tackle the second on-screen telling of the original Broadway classic from 1957. How do we know? His first official cast member has been announced!

As first reported by Variety, Ansel Elgort (Baby Driver, The Fault In Our Stars) has officially joined the project in the lead role. Elgort will play Tony, a former member of the Jets who falls in love with Maria, the younger sister of rival gang leader Bernardo. Now I haven’t had the chance to see the original movie yet, but from what I’ve been hearing Elgort is a near perfect casting for the role. Yes, Tony is a very pivotal role to the story. And yes, Elgort has at times been a little stiff, but have you seen Baby Driver? The performance alone is enough for me to say hell yes about this casting. Not only that, but Spielberg will be guiding him. When was the last time we saw a horrific or “wooden” performance in a Spielberg movie? Probably never.

I’ll definitely be giving the original movie a shot before seeing what Spielberg can bring to the story. While no other cast members have been announced, they typically come in bunches, so keep an eye out. With Elgort out of the way, I’m very intrigued with who Spielberg will get to play opposite of him. With the original movie nearly sweeping up the Academy Awards with 10 out of 11 wins, Spielberg has a pretty big test in front of him. But let’s be honest, he’s one of the handful of directors we can trust to give this title another fantastic shot on the big screen.

What do you think of this news? Knowing what you know about the play or film, is Elgort a good casting? Who would you have rather seen in the role, if anyone? Do you have anyone in mind for Maria and Bernardo? No official release date has been set. 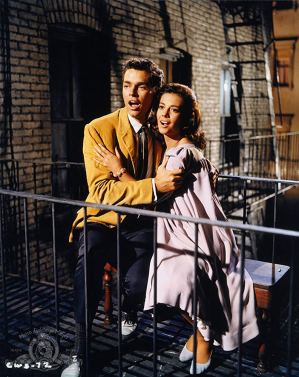