Disney and Lucasfilm dropped the first official trailer to the brand new Star Wars animated show Star Wars Resistance last week, a trailer that introduced us to not just an entire new world of the Star Wars galaxy, but cast of characters that are far different from anything we’ve seen so far. It was just a glimpse into what we’ll begin to learn in just a matter of weeks, but now thanks to a brand new set of playing 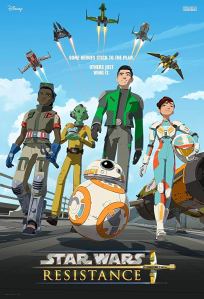 cards, we have a little bit more information about the crew of Team Fireball.

The series takes place just before the events of The Force Awakens and will follow new character Kaz, who has been assigned a mission by Poe Dameron (voiced by Oscar Isaac) to go undercover at a gigantic re-fueling station on an outer rim water planet. There, Kaz is joined by BB-8 where he will meet new friends, foes and must compete in dangerous sky races to keep his mission a secret from his new-found family and avoid danger from the ever-growing first Order.

As for those brand new characters, Kaz will live with Poe’s old friend Yeager (Scott Lawrence), a veteran pilot who runs a starship repair shop on the Colossus. His shop is helped ran by a crew of Tam (Myrna Velasco), Neeku (Josh Brener) and Bucket, their old battered astromech droid. The voice cast is rounded out by Donald Faison as Hype Fazon, Jim Rash as Flix and Bobby Moynihan Orka. Gwendoline Christie will also reprise her role as Captain Phasma and Rachel Butera will voice General Leia Organa.

Along with the new character cards, which were exclusively revealed by Collider, the official Star Wars YouTube channel has released a great behind-the-scenes video that doesn’t just introduce us to these characters in more detail, but reveal new footage as well. Meet Team Fireball in both the video and cards below, and head down to the comments afterwards to leave your thoughts! Are you looking forward to the show? How did you feel about the trailer? Star Wars Resistance will premiere on Disney Channel on October 7th at 10pm EDT/PDT. 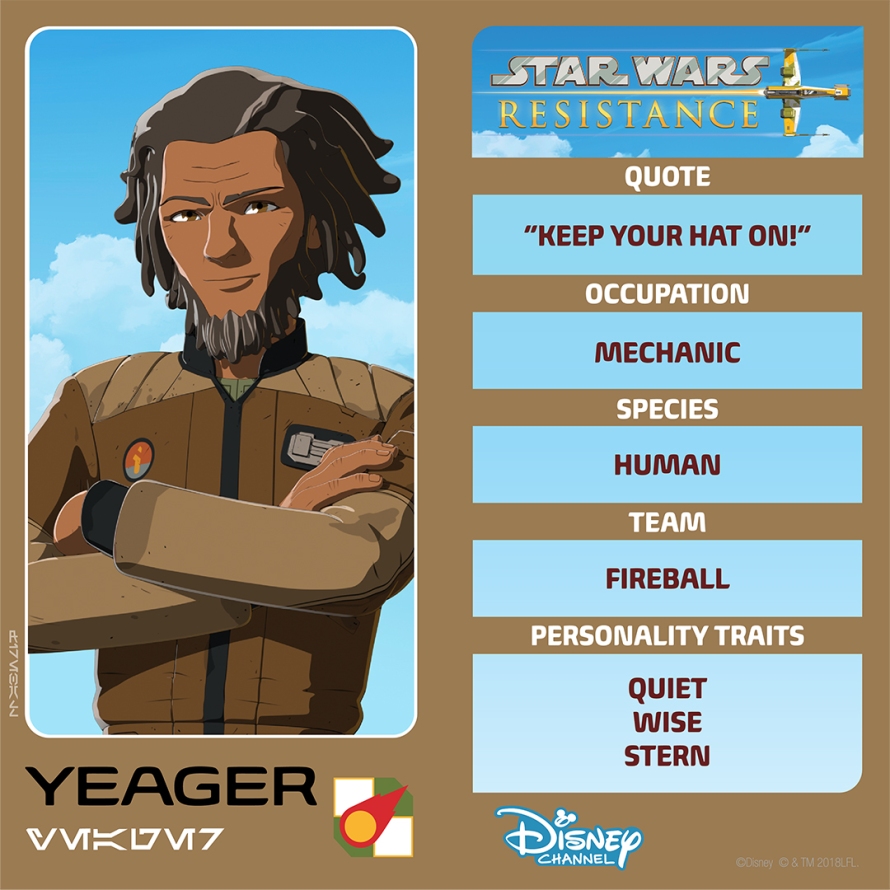 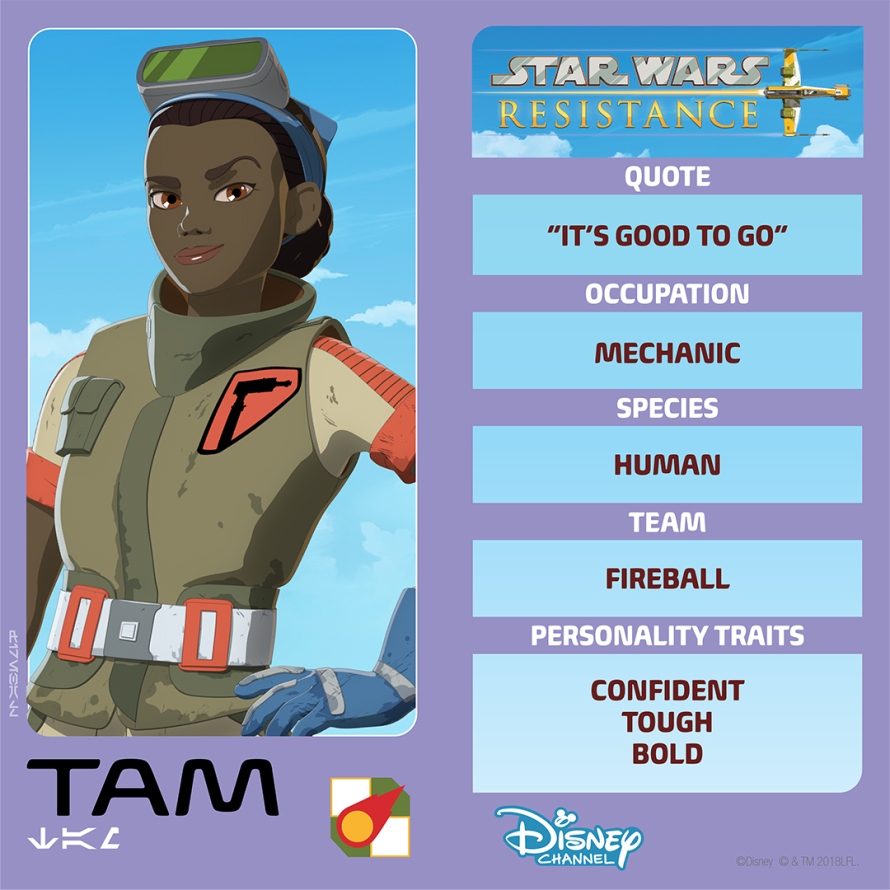 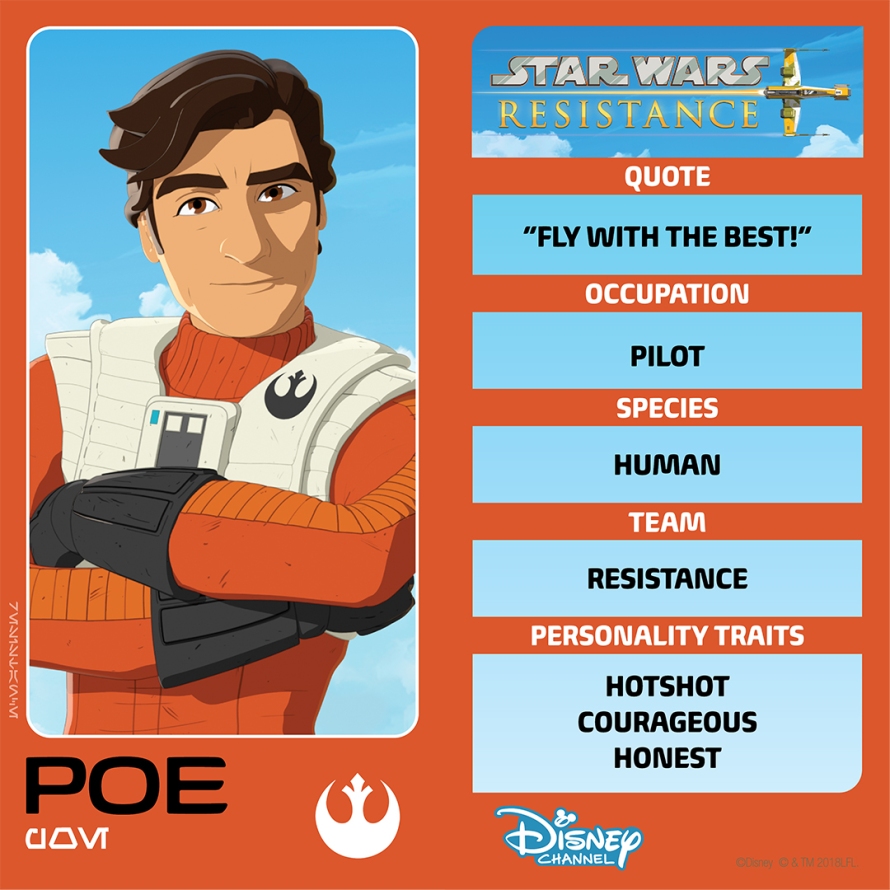