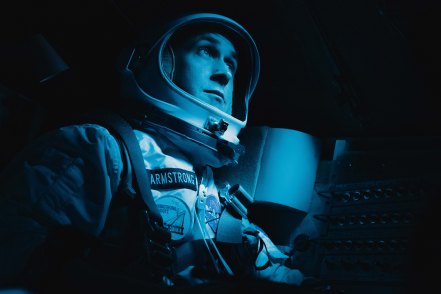 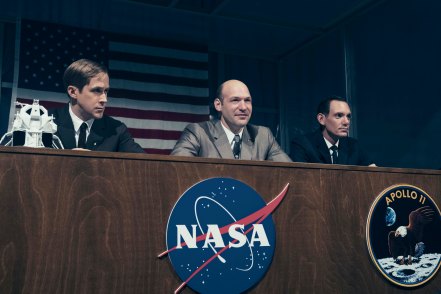 Universal Pictures has released a brand new trailer for First Man. Directed by Damien Chazelle (Whiplash, La La Land), the film is based on a novel by author James R. Hansen that chronicles the story of not just NASA’s first successful mission to the moon, but it will specifically focus on the missions leading man, Neil Armstrong, from the years between 1961 and 1969. Armstrong will be played by Ryan Gosling, who again teams up with Chazelle after their monumental success on La La Land. Claire Foy (The Crown) will portray Armstrong’s first wife Janet.

Just like the first trailer, the following trailer is a perfect set-up. Not only that, but it does an incredible job of playing up the danger of the actual mission. We all know that ending, and you know a trailer is absolutely fantastic when it can still grab your attention like this one when you know exactly what’s going to happen. That goes to what Chazelle and his producers said earlier this year in that this film isn’t a biopic, it’s a mission movie. A big chunk of it will focus on Armstrong and his wife, but they’ve made sure to let us know that we’ll be experiencing an intense and powerful mission movie. It’s exhilarating. And I can’t wait.

Check out the second official trailer for First Man and make sure to leave your thoughts in the comments below! How did you react to the trailer? Do you like the approach they have to this story? How great do you think it will be? Also starring Jason Clarke, Kyle Chandler, Ciaran Hinds, Shea Whigham, Corey Stoll, and Pablo Schreiber, Chazelle’s First Man lands in theaters on October 12th.

On the heels of their six-time Academy Award®-winning smash, La La Land, Oscar®-winning director Damien Chazelle and star Ryan Gosling reteam for Universal Pictures’ First Man, the riveting story of NASA’s mission to land a man on the moon, focusing on Neil Armstrong and the years 1961-1969. A visceral, first-person account, based on the book by James R. Hansen, the movie will explore the sacrifices and the cost—on Armstrong and on the nation—of one of the most dangerous missions in history.