Director J.J. Abrams is going make sure that the last installment of the Skywalker saga is going to be one to remember, and that all starts with making sure he has the right cast. While we already know that all of our favorite characters that survived the events of The Last Jedi will be returning, as well as Mark Hamill and with previously filmed scenes we will get the return of Carrie Fisher. Last month we found out that the first new cast member had been added to Episode IX, that being Keri Russell. Fans were pretty happy with the casting but left wondering if she will be apart of the Resistance or the First Order.

very talented British actors with pretty decent fan followings. The first person who was cast is Dominic Monaghan. Many of you may remember him from his role on as Charlie on LOST and the hobbit Merry from the The Lord of the Rings trilogy. Monaghan worked with J.J. Abrams before when Abrams was an executive producer on LOST. While he hasn’t been in any blockbusters lately, he still remains very popular especially being a fan favorite from LOST.

The second actor cast was British actor Matt Smith. Smith is most popularly known for 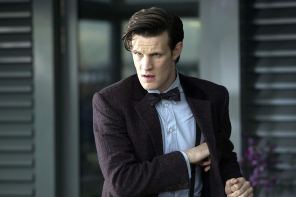 his role as the eleventh incarnation of the Doctor from the hit British series Doctor Who. He is also known for his roles in movies such as Terminator: Genisys and Pride and Prejudice and Zombies. Most recently he was nominated for an Emmy for his role in Netflix’s The Crown.

So what do you think? Do you like the new additions to the cast so far? What side of the story do you think these characters will fall on? Let us know what you think in the comments below!