‘A Private War’ Trailer: Rosamund Pike Is Addicted to War 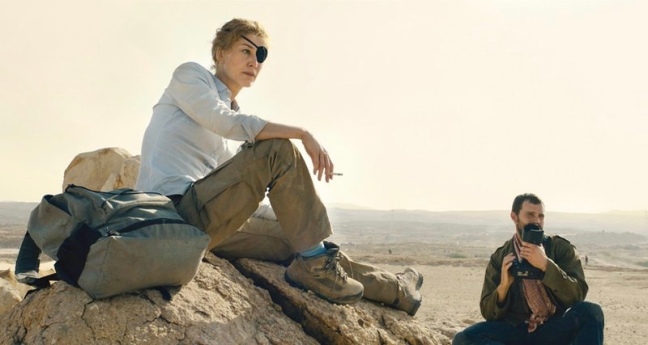 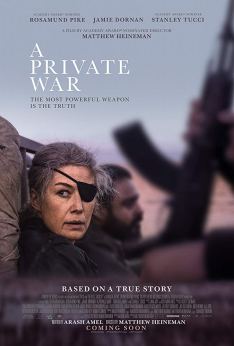 The first official trailer for A Private War has been released. Directed by Matthew Heineman, the film is based on the real life story of war correspondent Marie Colvin. Rosamund Pike stars as Colvin, a journalist who is not only fearless and rebellious, but driven to the frontlines of global conflict, where she can give a voice to the voiceless across the world.

This looks like an extremely interesting film. I don’t know how many times I’ve said it, but I’ll never stop expressing my undying love for true story war films. The stories that can be told and the way characters can be portrayed on screen is truly second-to-none. Also, I love me a story like Saving Private Ryan or Love Survivor, but the war correspondent angle of battle is something that isn’t touched on enough. What these people do for the job, how they put themselves on the line day in and day out to make sure the truth is reaching us back home, it’s fascinating.

As for Pike playing Colvin, I’ll start applauding now. I’ve always been a fan of her but I was absolutely mesmerized by her performance in Gone Girl, just as everyone else was. That was her turn, and while I’ve wanted to see her in a mainstream project here or there, this type of film and role allows her to put everything on the table. It’s based on a true story and a woman who deserves nothing short of a phenomenal telling on the big screen, and I have no doubt that Pike can accomplish that. Count me in for this one.

Check out the first official trailer below, and after doing so, leave your thoughts in the comments! How did you like the trailer? What about the true story it’s based on? Can Pike deliver something incredible once again? Also starring Jamie Dornan and Stanley Tucci, Heineman’s A Private War will be released on November 2nd.

In a world where journalism is under attack, Marie Colvin (Academy Award nominee Rosamund Pike) is one of the most celebrated war correspondents of our time. Colvin is an utterly fearless and rebellious spirit, driven to the frontlines of conflicts across the globe to give voice to the voiceless, while constantly testing the limits between bravery and bravado. After being hit by a grenade in Sri Lanka, she wears a distinctive eye patch and is still as comfortable sipping martinis with London’s elite as she is confronting dictators. Colvin sacrifices loving relationships, and over time, her personal life starts to unravel as the trauma she’s witnessed takes its toll. Yet, her mission to show the true cost of war leads her — along with renowned war photographer Paul Conroy (Jamie Dornan) — to embark on the most dangerous assignment of their lives in the besieged Syrian city of Homs.