It’s Official, James Gunn Will Not Be Rehired for ‘Guardians of the Galaxy Vol. 3’

After weeks of hardened news, an “all on the table” letter from the Guardians themselves and even a slimmer of hope that ended with a justified rehire, the official and final news regarding the James Gunn and Disney situation. Be prepared, it may not be the news you want to hear.

Variety revealed the disheartening news late last night as Disney and Marvel Studios are sticking by the decision that was made by Walt Disney Studios chairman Alan Horn. This news comes following a meeting that took place between Gunn, his representatives and Horn himself. According to the report, Gunn and his team made an enormous push for a second chance, but sadly, as the report says, there may have never been any real hope as the meeting was described as a “courtesy meeting that was very civil and professional.”

This is obviously incredibly tough news, for both die hard fans and not. James Gunn has been a pivotal part of the Marvel Cinematic Universe since the day he stepped on set of the first Guardians of the Galaxy. Not only that, but it’s been said over and over again that he would be a major part in “setting up the next 10 to 20 years” of the MCU. That alone makes this one of the biggest Hollywood firings in recent memory.

If you noticed, there has been one big name not mentioned at all thus far: Kevin Feige. On one side, it makes sense as to why he’s not there. Although he is the President of Marvel Studios, he still answers to the higher-ups at Disney, which is why we only hear of Horn running the ship on this one. On the flip side, he’s the President of Marvel Studios. He hired James Gunn and is on set of every single MCU film, including the Guardians of the Galaxy franchise. Why wouldn’t he be included? It’s also worth noting that

Feige has reportedly been “out of town,” possibly visiting the set of Spider-Man: Far From Home in London. Lastly, the report makes sure readers know that Feige has been pushing to bring Gunn back on board, but also “stands by” their decision.

This sucks. It’s just not what we all wanted to hear, especially after seeing the usage of Guardians in Avengers: Infinity War. But the truth of the matter is that Gunn will be okay. I want to see him involved in the MCU just as much as you, and that could very well happen in the future, but he will have studio execs lining up outside his front door ready to sign him for the next big tentpole. That means that we all need to move on, just as Feige will do once he returns from his trip. He’ll have quite a big task when back, as he’ll have to lockdown a director quickly for the project if the film will meet its start date.

One of the big aspects of this story over the last few weeks has been the usage of Gunn’s script. Rumors have said that they won’t use it, but concrete details recently have stated that they will in fact use it as a base. Sadly, although that is a great sign, whoever they bring on board to direct the third installment will run through Gunn’s script and readjust it to themselves, inserting their own filmmaking stamps throughout the story. Depending on who is grabbed (hopefully someone already on the inside), that could mean a slight change or possibly a massive overhaul of Gunn’s original story.

Now that this news has officially become official, we’ll not only have to wait and see what this means for Dave Bautista as Drax, but the Marvel Cinematic Universe as a whole. It was no secret that the Guardians were going to venture as into this new age of the MCU, with many believing the future of the universe’s storytelling lied within the cosmos. Will that still happen? Did Feige and company have a back-up plan? Only time will tell with this one… 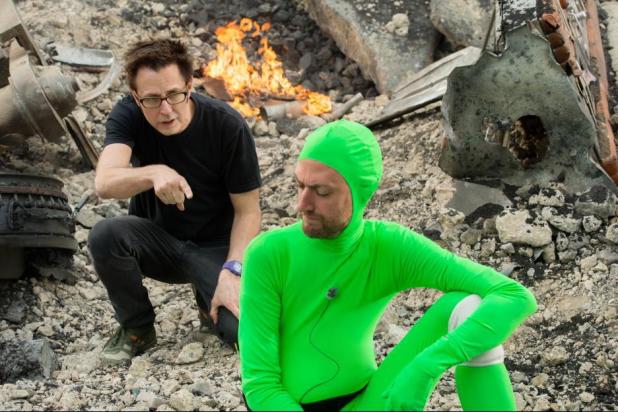