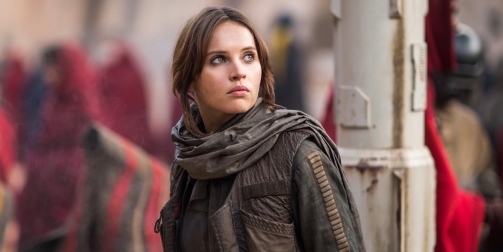 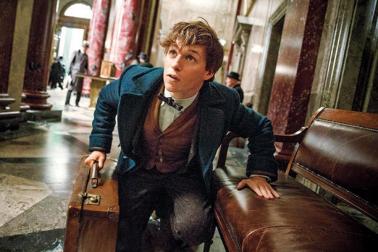 Amazon Studios has unveiled the first official image for Aeronauts, which is being directed by Tom Harper and stars Felicity Jones (Rogue One: A Star Wars Story) and Eddie Redmayne (Fantastic Beasts and Where to Find Them). The film will reunite Jones and Redmayne after their time on the Oscar-winning Stephen Hawking biopic The Theory of Everything. The duo step into completely different shoes this time around, as they will play a couple who mount a balloon expedition that will take them higher than anyone has ever gone.

This is a very, very interesting film. The last time these two came together, it resulted is absolute magic. Both of them were somewhat unknown at the time, and now they are both part of historic franchises. It was truly only a matter of time until they came back together, and I don’t think they could’ve chosen a better project.

Tom Harper is a very unknown name to the average movie-going audience, but he is partly responsible for one of the best shows on TV in the last five years. Peaky Blinders, which stars Cillian Murphy and can been seen on Netflix (WATCH NOW), is some of the best storytelling I’ve seen over the last few years. Harper was involved in Season 1, which in my opinion is the best of the bunch. I’m not familiar with any other work Harper has in his locker, but with two remarkable leads like Jones and Redmayne, as well as a unique story like this one, it’ll be very hard for me to not get excited about this project.

The film is currently filming in the U.K. and is taking the Tom Cruise approach to the movie. This story is all about adventure, and according to producer Todd Lieberman, they wanted to get the point across of high-flying and real stunts:

“A top priority for us on The Aeronauts is authenticity. With that in mind, we intend to do as much balloon filming in the sky as the weather will allow. This image was taken after we launched Felicity and Eddie 2,000 feet in the air, performing their scripted scene, while a helicopter captured it all. We’re fortunate that Felicity and Eddie have the nerve to do these stunts themselves as it authenticates our entire approach.”

Now I doubt any of these stunts will be as insane as what Cruise does for the Mission: Impossible series, but it’s always nice to see actors and actresses put in the effort like this. It could obviously means dozens of things, but it shows that they believe in the project and the process it requires to get it right. It makes me that much more excited for the potential of this project.

What do you think of this first look? How do you like Jones and Redmayne? Have you seen Peaky Blinders? Do you believe in this project as much as I do? Aeronauts also stars Tom Courtenay, Anne Reid, Rebecca Front, Vincent Perez, Tim McInnery, Phoebe Fox and Himesh Patel. 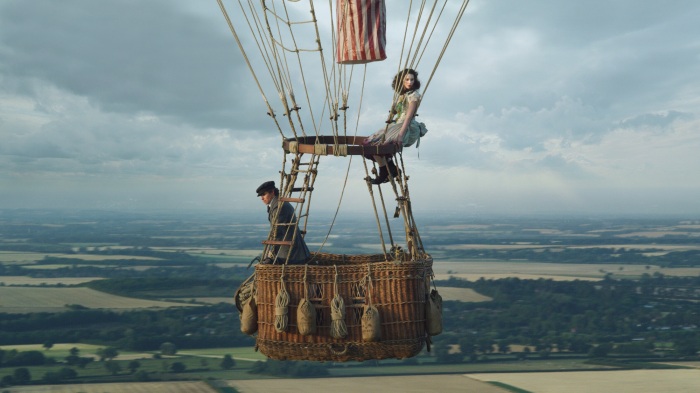 Set in 1862, THE AERONAUTS follow wealthy young widow Amelia Wren (Felicity Jones) and ambitious scientist James Glaisher (Eddie Redmayne) as they mount a balloon expedition to fly higher than anyone in history. This is a journey to the very edge of existence, where the air is thin and the chances of survival are slim. As their perilous ascent reveals their true selves, this unlikely pair discover things about each other – and themselves – that help them find their place in the world they have left behind.