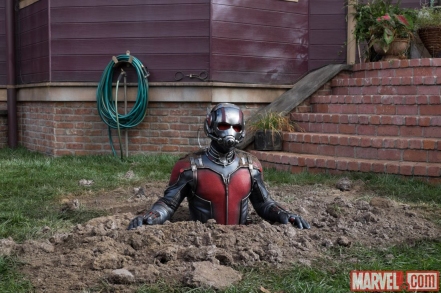 We are only a few days away from Ant-Man and The Wasp and fans are very excited to learn more about Ant-Man and the reasons for why he was not in Avengers: Infinity War. The sequel is the first MCU movie since Avengers: Infinity War but will take place before the events of the film. This will also be the first time we will get to see Hope Pym rocking The Wasp suit and fighting crime along side Ant-Man. While many of us are just excited for this movie, a lot of people are looking forward into Marvels future in Phase 4 wondering if we will be seeing a third film.

Previously we have heard the rumors and confirmations from the man himself Kevin Feige about which movies we will be getting in Phase 3 which include Spider-Man: Far From Home, Black Panther 2, Guardians of the Galaxy Vol.3 and Doctor Strange 2. All of which are second and third movies to previous MCU movies. We have seen all previous Marvel movies get a trilogy leaving us to wonder, will Ant-Man be getting a third movie. The director of the franchise Peyton Reed seems to be hopeful and gave a pretty extensive quote as to his thoughts on a third movie in the franchise saying:

‘I’ll answer that question really honestly. Who knows, because I suspect, I don’t know this, but I think any further announcement of the slate — the rest of this year is going to be about the next Avengers movie and the tee up to that stuff. And then I think we are all hopeful. Just the same as last time. We didn’t have any idea there would be a second Ant-Man until maybe month or so after the first one came out. This was a giant question mark. With the first one, there was obviously behind the scenes drama that preceded me, but also, it’s Ant-Man. There was a question of, are people going to go see this movie? It was not a fait accompli. It could have gone either way. I think we are all interested in doing one. There is story to tell there. Definitely. There is story we’ve talked about potentially. I’m very, very hopeful.”

While Peyton Reed clearly seems on board to directing a third movie, it is left to be figured out by Marvel. We know Ant-Man isn’t the franchises most popular but it does have a strong comedic and family side that is unique to the MCU and is very enjoyable in that aspect. It would be hard to imagine that Marvel will only do two movies with the potential that Ant-Man and the quantum realm brings to the MCU but until we get the announcement we will just have to sit and wait.

So what do you think? Does Ant-Man deserve a third movie? Or should we move on to other marvel franchises. Let us know what you think in the comments below!