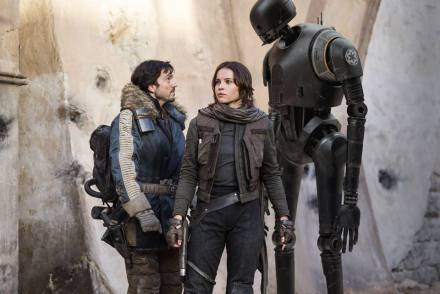 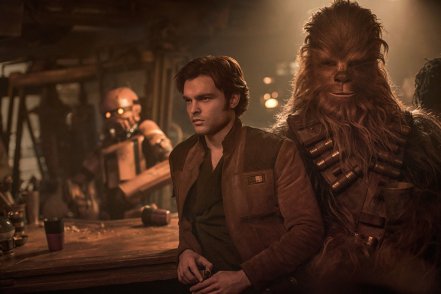 Yesterday, from an exclusive reveal by Steve “Frosty” Weintraub of Collider.com, it was announced that “sources with knowledge of the situation” have told them that Lucasfilm has officially decided to press pause on any currently in development or planned A Star Wars Story spinoffs. That would include the Obi-Wan Kenobi movie that was reportedly in pre-production, as well as the recently announced James Mangold Boba Fett movie. But that’s not all, as the report also made clear that the studio is shifting all their focus on J.J. Abrams’ Star Wars: Episode IX and whatever the next trilogy of Star Wars films could be.

While Solo: A Star Wars Story is currently in theaters and trying its best to chug along, sadly, this news is no doubt a reflection of the poor response to Solo. It didn’t receive terrible reviews, but was definitely given a mixed bag that had the film fall short at the box-office for a Star Wars movie. Other possible reasons for its poor performance could be that Rian Johnson’s heavy Star Wars: The Last Jedi was released just five months prior and that it was released in May. While May is the original home to Star Wars, that month is currently owned by Marvel and the comic book genre, not to mention a little movie called Avengers: Infinity War was released just a few weeks before.

But rather than talk about what’s going to happen with the franchise, which movies they will or won’t do, or even why this is all happening, I want to stay specific and talk, briefly, as to why this is the best choice for Lucasfilm at the moment.

Although Star Wars is probably the greatest franchise to ever be created, by my standards anyway, only a very small piece of the everyday movie going audience are true Star Wars fans. Sure, they buy a ticket and watch the movies as soon as they’re released because they’re and event and a good time, but a 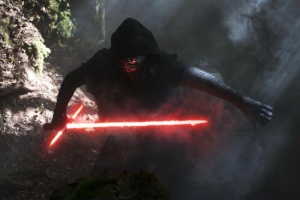 very small percentage of that equals out to being true Star Wars fans. What does this mean? Overload. For someone like myself, I can talk, read, watch and even research Star Wars everyday. But for someone who only watches the movies, seeing four movies in under four years becomes a very heavy reality.

Star Wars is no doubt an even film. It’s a celebration. Remember The Force Awakens and how tickets sales crashed the internet and then how everyone and their entire family spent the holidays at the theater watching it? That’s what it should be every damn time, and with Lucasfilm officially putting a hold on the every other year spinoffs, the franchise can reach that potential again.

Now I’m not saying stop them altogether, because I want to see that long-awaited, way-too-overdue Obi-Wan movie just as much as anyone, but why do they have to be every other year? Why not let a saga trilogy release every two years then tell a spinoff story in-between that and another trilogy? Not only will it allow fans and movie-goers to take a small breath from the galaxy far, far away, but it will also cut down on confusion.

I think it’s safe to say that these spinoff stories also bring a bit of a headache for those who aren’t “in the know” with the franchise. Remember when Rogue One first started marketing itself with trailers and everything, and people across the world thought Felicity Jones’ Jyn Erso was a younger version of Leia? Yes, that movie did completely fine, but spacing these stories out and telling them in a less confusing order would allow everyone to understand where exactly these movies take place.

It would also allow Lucasfilm to distribute and market them properly. Solo has struggled from the get-go because of a horrible marketing process. Its first trailer debuted only 3 months before its released, 3 months! A freaking Star Wars movie. The Force Awakens dropped its first trailer in November of 2014 when the film was slotted for a December 2015 release. Look, I get it. They didn’t want to disrupt The 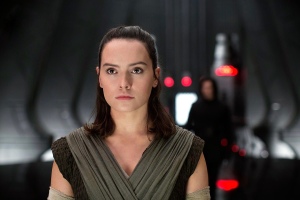 Last Jedi and confuse people even more. But that an even bigger reason as to one, they need to be spaced out, but two, the franchise needs to stay in December.

I love this franchise through and through, but it’s not Marvel. It can not pump out a movie three times a year and make millions of dollars of fans. It can’t. It’s a special kind of franchise, and while May was its original home back in the day, those movies didn’t have superhero juggernauts to compete with. Stay in December, that’s where your money is at. But it’s also the biggest time of the year for family, which is exactly what this franchise is for, families.

I know I just threw a lot at you, but I need you all to know that this is the best decision that can be made right now. I want an Obi-Wan, Boba Fett or any other spinoff story just as much as anyone else, but they don’t need to be rushed to the finish line. Let the franchise breathe, let the fandom pump back up.

While it’s still pretty shocking to me that we’ve gotten a Star Wars film every year since 2015, I’ll say that I wouldn’t mind a bit more of a gap between entries simply because of the excitement. My levels have gone up and down with each new film that has come out, but none of them have come close to the level of excitement I had for The Force Awakens. It was the return of Star Wars. And while I’m not asking for them to take another ten year break, that’s the kind of feeling I want everyone to feel again.