‘Mission: Impossible – Fallout’ Character Posters: Some Missions Are Not a Choice

The summer movie season is here and while we’re all looking forward to Solo: A Star Wars Story this weekend, Incredibles 2 in the middle of June, Jurassic World: Fallen Kingdom the week after and even Ant-Man and the Wasp in early July, there’s a movie at the end of the summer that has everyone talking at the moment: Mission: Impossible – Fallout.

From the moment the first trailer debuted way back when, this movie has been up high on everyones list, including my own. I’m looking forward to all of those movies I mentioned above, but it’s Fallout that holds my top spot. It looks absolutely bonkers, at the highest level, and for the best of reasons. Put simply, Mission: Impossible has completed figured it out.

In a film world full of superheroes and cinematic universes, this franchise has continued to keep it grounded with real and practical stunts that entertain the living you know what out of fans. And while they don’t feature superpowers or other-worldly villains, they have a superhero in their own with Tom Cruise, a man who is without a doubt dedicated to anything and everything with this franchise. Don’t believe me? Have you seen the stunts this guy does for these movies? That’s why they’re so good.

Now the movie is just over two months away (sigh), but we’ve already gotten a solid dosage of Fallout to this point. I’ve seen plenty of footage that has made me lose my mind over this movie, I don’t need anything else. But with so many blockbusters heading our way, it would make sense as to why they would continue to pump out new content for us to check out. It may be new spots or behind-the-scenes videos down the ling, but today, we’ve received a batch of clean cut character posters featuring the main players of the sixth M:I film.

Check out the posters below and make sure to leave your thoughts of Fallout in the comments below! Are you as psyched as I am? How invested in these crazy stunts are you? Am I nuts to have it at my number one summer flick? Sound off below! Directed by Christopher McQuarrie and also starring Rebecca Ferguson, Henry Cavill, Simon Pegg, Ving Rhames, Angela Bassett, Vanessa Kirby, Sean Harris and Alex Baldwin, Mission: Impossible – Fallout hits theaters on July 27th. 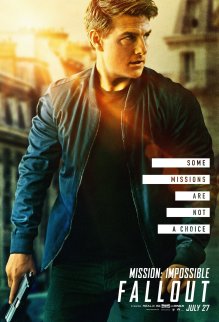 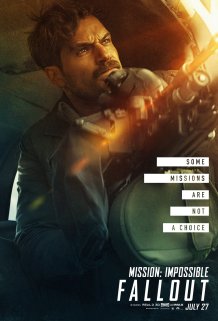 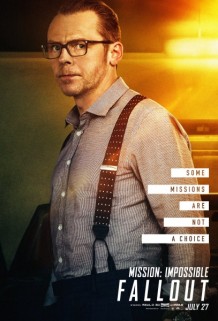 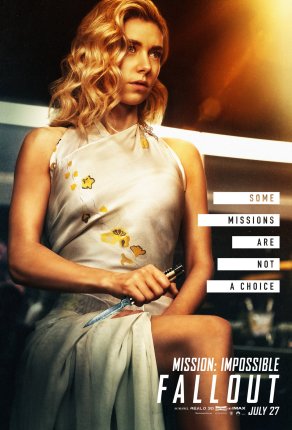 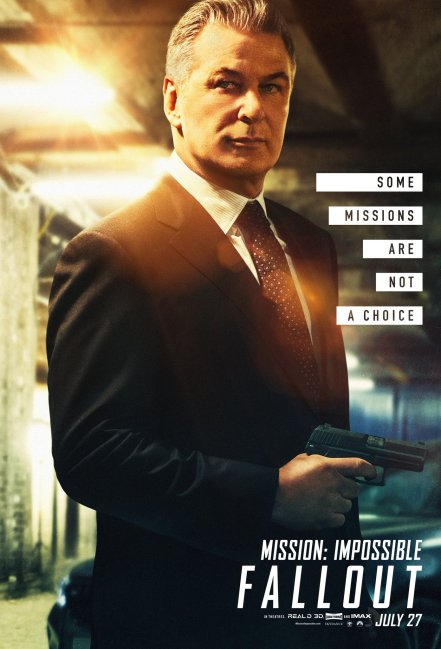