‘The Predator’ Official Synopsis Teases a New Twist for the Series

20th Century Fox splashes some of their biggest upcoming projects at CinemaCon over the last week, one of them being Shane Black’s anticipated sequel The Predator. Black starred in the original film, and when he was brought on board to direct the new one, he vowed to not only bring it back to its action horror 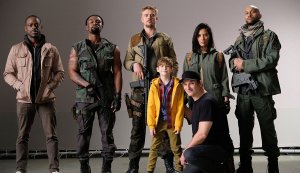 roots, but bring something quite new to the franchise. The big reveal for the project at CinemaCon was the official synopsis, which teases a bold new twist for the monster series.

With Black helming the project, it promises to be something we can look forward to in the Predator universe, with both action and characters. To this point, we’ve only seen a couple first look photos for the movie, but now, now we get a full idea of what to expect from The Predator later this year:

From the outer reaches of space to the small-town streets of suburbia, the hunt comes home in Shane Black’s explosive reinvention of the Predator series. Now, the universe’s most lethal hunters are stronger, smarter and deadlier than ever before, having genetically upgraded themselves with DNA from other species. When a young boy accidentally triggers their return to Earth, only a ragtag crew of ex-soldiers and a disgruntled science teacher can prevent the end of the human race.

“Genetically upgraded” Predators? Well that doesn’t sound too fun. It definitely sounds like Black is going to up the ante and use these monsters to their full action potential, which has always been an intriguing part about this franchise. After Black’s last directorial effort (The Nice Guys), I can’t wait to see what he cooks up for this movie. Starring Boyd Holbrook, Trevante Rhodes, Jacob Tremblay, Keegan-Michael Key, Olivia Munn, Sterling K. Brown, Alfie Allen, Yvonne Strahovski and Thomas Jane, The Predator will be released on September 14th. 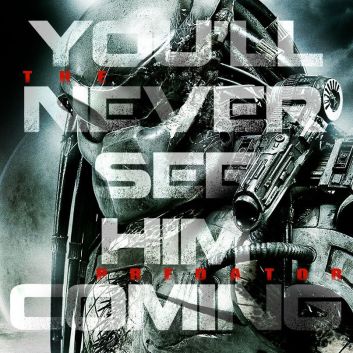