Michael B. Jordan Questions the Way of the Fire in New ‘Fahrenheit 451’ Trailer 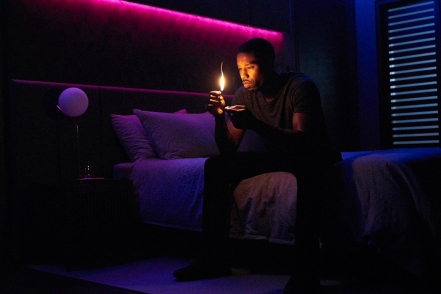 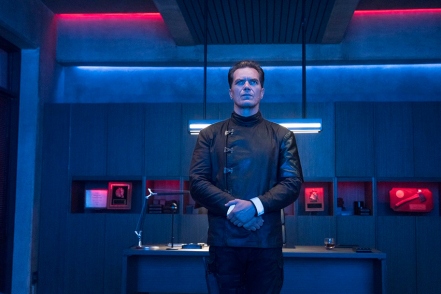 HBO has revealed a new trailer for their upcoming adaptation of the best-selling novel of the same name, Fahrenheit 451. Directed by Ramin Bahrani, Fahrenheit 451 stars Michael B. Jordan as Montag, a “fireman” who has abandoned the world he lives in, trying to regain the humanity he once had. Montag is at a constant pull against his mentor and fireman captain, Beatty (Michael Shannon). Sofia Boutella stars as Clarisse, an informant caught between the bashing interests of Montag and Beatty.

While this isn’t a film that’s on my most anticipated list, it’s something that has peaked my interest from the get-go. The concept is one of those futuristic dystopians that is different enough from many of the apocalyptic stories we’ve seen of recent memory. It feels like a love-child of many different films, with such titles like Blade Runner and The Book of Eli topping the list. While that is the case, let’s be honest, my anticipation for this movie comes from the combination of Michael B. Jordan and Michael Shannon. Shannon has been around much longer, but their work over the last few years are pretty much second to only each other. And to now put them together as they oppose each other? So down.

Check out the new trailer for HBO’s new film below, and make sure to leave your thoughts in the comments! Are you interested? What movies does it feel like to you? Will you watch? Ramin Bahrani’s Fahrenheit 451 is set to debut on HBO May 19th.