The world of John Wick has been a hot commodity as of late. As the Starz TV show focusing on The Continental hotel gears up, official news has come out about the third and possibly final installment into the surprise hit turned epic action franchise. While no one knew, Lionsgate seemed to always be all in on the Keanu Reeves led movies, which is why is comes to no surprise that the studio is ramping up production of the trilogy finale so quickly.

That’s not all the news though. Yesterday, thanks to the initial report from The Hashtag Show and later confirmed by Collider’s Steve Weintraub, it was revealed that original co-director Chad Stahelski will be returning to the world of the legendary Boogeyman one more time to direct the final entry.

This is all around great news. Stahelski is one of the main reasons as to why the franchise has been so damn successful and just fun. His direction for both the story and combat sequences are detrimental to these movies, which is why it’s so damn exciting to hear that he’ll be back. The report also claims that Stahelski is in hot pursuit of an actress for a possibly lead female role. Finally, Hiroyuki Sanada (The Wolverine) has joined the project as the central antagonist, a Japanese crime syndicate leader.

While it’s just a bummer knowing that Chapter 3 will be the finale to the franchise, it’s refreshing to know that the world is so rich that Lionsgate is willing to push forward, and rather quickly, with a live-action TV show, with Keanu Reeves expecting to cameo. John Wick: Chapter 3 is set for release on May 17th, 2019. 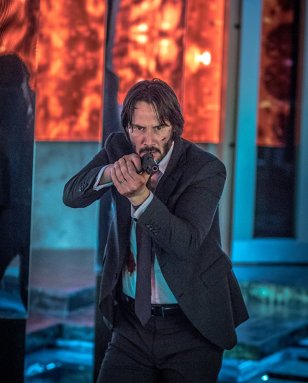