2018 is now just two short days away, which means plenty of more movies to look forward to. With the new year hot on our heels, USA Today has taken the chance to give us a brief glimpse into what next year will hold with a batch of new images. A wide variety of genres are showcased here, and while it’s always nice to get more looks, I’m more interested in seeing how these films impact their genres and the actors/filmmakers involved. Will Bumblebee finally turn the Transformers franchise around? Is Aquaman the DCEU savior? Will A Wrinkle in Time finally make Marvel give Ava Duvernay free reign? Hopefully these films aren’t only good, but good stepping stones.

While the first ever Transformer spinoff still comes with a bit of doubt, it’s one of the movies I’m most eager to see. A whole new team is (finally) behind a new Transformers, which could mean better for the franchise. You throw in Hailee Steinfeld as the lead and a perfect ’80s setting and I’m almost ready to say I’m excited for it.

The story is set in the year 1987, where Bumblebee finds refuge in a junkyard in a small Californian beach town. Charlie (Hailee Steinfeld), on the cusp of turning 18 and trying to find her place in the world, discovers Bumblebee, battle-scarred and broken. When Charlie revives him, she quickly learns this is no ordinary, yellow VW bug.

This is a film I get excited about every time it’s mentioned. No, I haven’t read the book, but after seeing the adaptation Steven Spielberg is about to bring to the screen, I’m extremely interested in picking it up. It may be passed my age range just a bit, but it looks to be filled with all the right kinds of nostalgia, for geeks and non-geeks alike. Plus, I’ll always be in for a new siting of one famous Delorean.

Film centers on a young outcast named Wade Watts. In the near future, Watts escapes from his daily drudgery by logging into an online game called ‘The Oasis’. When the game’s billionaire founder dies, he offers players his fortunes as the prize in the virtual treasure hunt. Watts gets in on the action, but soon finds himself facing off against corporate foes who will go to any lengths to get the money – in both the real world and in ‘The Oasis’. 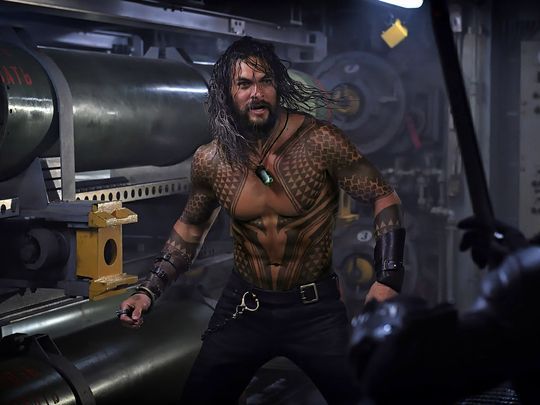 Thanks goodness Justice League isn’t the last we’ve seen of Aquaman. As one of the bright spots of DC’s superhero team-up, Jason Momoa’s long-anticipated turn as the fish-talking man from Atlantis has left us wanting more, an thankfully we’ll be getting it. With director James Wan as the helm, that alone promises something different for DC moving forward. And if the studio allows Wan any kind of freedom as they did Patty Jenkins on Wonder Woman, then we are in for one exciting wave.

Aquaman is the king of Atlantis, born half-human as Arthur Curry and half-Atlantean. The film will focus on a surface world constantly ravaging the sea and the undersea Atlanteans, who are ready to lash out in revolt.

For someone who doesn’t very much like musicals, I couldn’t be more excited for one next year. With a Christmas release date and a cast that screams “chip chip cheerio,” Mary Poppins Returns is slated to be the Christmas day movie of 2018. For myself, not only has everything we’ve seen promise that, but I once again find myself excited about a film starring Emily Blunt. At this point, I think I’d watch her at a local bakery sipping some tea with her childhood friends.

“Mary Poppins Returns” is set in 1930s depression-era London (the time period of the original novels) and is drawn from the wealth of material in PL Travers’ additional seven books. In the story, Michael (Whishaw) and Jane (Mortimer) are now grown up, with Michael, his three children and their housekeeper, Ellen (Walters), living on Cherry Tree Lane. After Michael suffers a personal loss, the enigmatic nanny Mary Poppins (Blunt) re-enters the lives of the Banks family, and, along with the optimistic street lamplighter Jack (Miranda), uses her unique magical skills to help the family rediscover the joy and wonder missing in their lives. Mary Poppins also introduces the children to a new assortment of colorful and whimsical characters, including her eccentric cousin, Topsy (Streep). 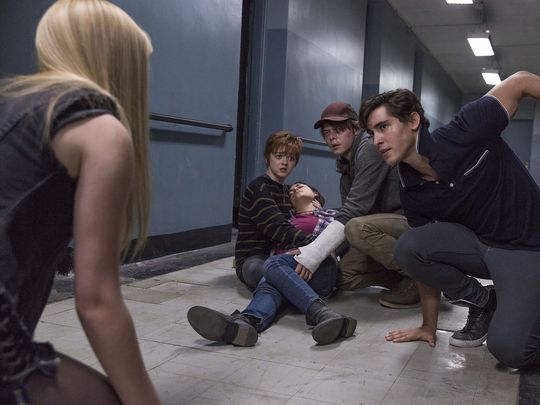 While it’s hard to wrap my head around what the future of New Mutants is with the recent acquisition of Fox by Disney, the fact that we’ll be seeing our first full-fledged horror superhero film makes up for that. The first trailer for Josh Boone’s crazy idea worked, and better than a lot of people first thought. Just as Deadpool did two years ago and Logan in 2017, New Mutants is going in on uncharted land, which could mean something pretty special for the X-Men universe.

A Wrinkle in Time 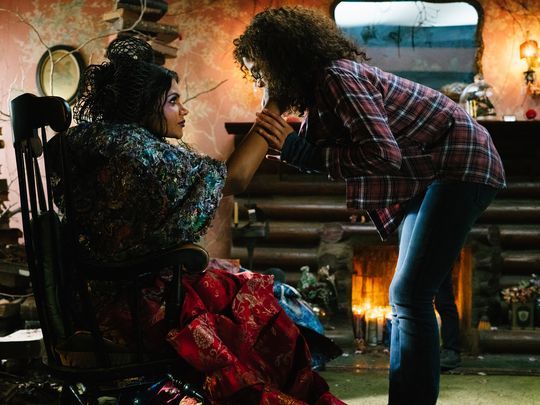 If this cast and the fact that Ava Duvernay is directing isn’t enough to sell you on this film, have you seen the trailers? While it’s under the Mouse House, this looks like a film that will break new boundaries and leave us continuously thinking. I’ve only seen a short few minutes of footage thus far and I’m already feeling breathless. Maybe after the (expected) success of this film, we’ll finally see Ava Duvernay tackle something like Star Wars and Marvel.

Everyone, and I mean everyone, asked “Is this a Black Widow movie?” after the first trailer for Jennifer Lawrence’s new action thriller, but is that such a bad thing? I do believe we’ll get a Black Widow in the future, but for the time being, what’s another movie featuring a kick-ass female going to hurt? Lawrence has gotten shockingly dull over the past few years, but Red Sparrow looks like the perfect role/movie to (possibly) get me back on her side.

Dominika Egorova is many things. A devoted daughter determined to protect her mother at all costs. A prima ballerina whose ferocity has pushed her body and mind to the absolute limit. A master of seductive and manipulative combat. When she suffers a career-ending injury, Dominika and her mother are facing a bleak and uncertain future. That is why she finds herself manipulated into becoming the newest recruit for Sparrow School, a secret intelligence service that trains exceptional young people like her to use their bodies and minds as weapons. After enduring the perverse and sadistic training process, she emerges as the most dangerous Sparrow the program has ever produced. Dominika must now reconcile the person she was with the power she now commands, with her own life and everyone she cares about at risk, including an American CIA agent who tries to convince her he is the only person she can trust.

A Star Is Born

I’ve heard rumblings about this film over the last few months, mainly due to the fact that Bradley Cooper is making his directorial debut with this film. Considering his roles and involvement in the past, it’s quite an interesting role, especially since he’ll be co-leading the film with music sensation Lady Gaga, who has made a name for herself in front of the camera after her success on American Horror Story. Can Cooper be just as good behind the camera as he is in front? Hopefully.